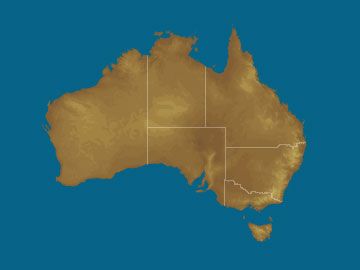 Fresh snow is on the way as a strong cold front moves through the Alps late in the week and continues to dump snow into the weekend.

The gusty cold front will approach around Thursday 18th, with showers and rain leading to some snow melt before solid snowfalls begin about the peaks Friday evening. The cold air will really settle in on Saturday behind the front, allowing snow to reach as low as 800m.

A warm air mass ahead of the front will mean the initial precipitation associated with the front will fall as rain. This is unfortunate for ski bunnies as 50-60mm is likely, washing away a lot of the seasons accumulated snow on the slopes. On top of this 40mm of rain has fallen over the last week and temperatures have been above average since Saturday.

A very cold air mass will then move in Friday evening turning the rain to snow. A good amount of snow will then fall until Tuesday with the chance of 50cm for the resorts and a good chance of snow falling on the Blue Mountains over the weekend.

Once the system passes powder hounds will really get to enjoy the fresh snow, with Wednesday and Thursday being the pick with cool temperatures and mostly sunny skies.

Snow sports enthusiasts should make the most of the bluebird days as another front should move in around Friday 26th. This system looks like bringing a little less moisture than the previous one, but it will give the upper mountain runs a bit of a top up.