Auckland heading for driest quarter in more than 50 years 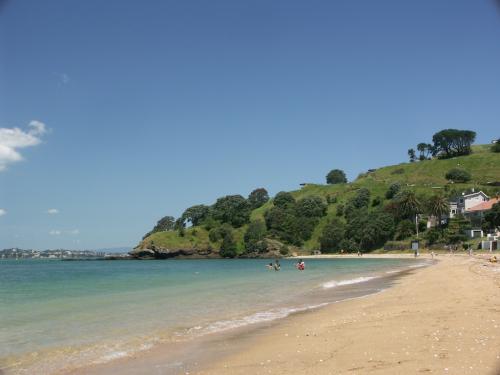 Auckland is headed for the driest three months since records began more than 50 years ago.

Companies supplying tank water to rural areas around the city say the past few weeks have been the busiest they can remember.

Niwa climate scientist Georgina Griffiths said 56mm of rain had fallen so far this year, the lowest of any three-month period in Auckland.

“There’s no question we’re going to break the three-month dry record … The next lowest was in 1974 for that same period and it had 68ml, so we’ve still got 12ml to go in one week.”

Although a splash of rain this week has helped fill people’s water tanks, Ms Griffiths said it was unlikely to stave off a record-dry period.

“The highs are hanging around Auckland/Northland latitude … in the Tasman and not really letting any [rain] in. This [week] is the first of the fronts that we’ve seen that have produced anything, really, in three months,” she said.

While gardeners struggle to keep their vegetables healthy, tank water suppliers are experiencing a boom in business.

Gary Taylor of North Harbour Water Services, who delivers to rural areas north of Albany, said the past six weeks had been the busiest in his 13 years in business.

Keren Guy of A1 Water, near Helensville, said her company was the busiest it had been since opening 3 years ago. Drivers were working late into the night to keep up.

Ms Guy said some people were so desperate, they were coming to the office to collect small containers of water for cooking until they could get a full delivery a day later.

Waiheke water supplier Tom McDaniel said the number of water trucks working on the island had risen dramatically in the past three years.

Ms Griffiths said that the past two months were exceptionally dry even looking back at Auckland weather records dating from before 1959.

“You would never have had, at this time of year or any time of year, two months in a row this dry.”

Auckland’s last very dry spell in 1993-4 sparked the 1994 water crisis, when residents were asked to cut down on water use.

But Ms Griffiths said that year was the third dry year in a row – this time Auckland is in a better position because 2008 was very wet.

Watercare Services said city water supplies were near normal and it would be a problem only if winter was very dry, which Ms Griffiths said was unlikely.

WeatherWatch.co.nz says little to no rain is expected in Auckland for the next 10 days with only a risk of showers around Tuesday and Wednesday next week.