Auckland disappears into the clouds 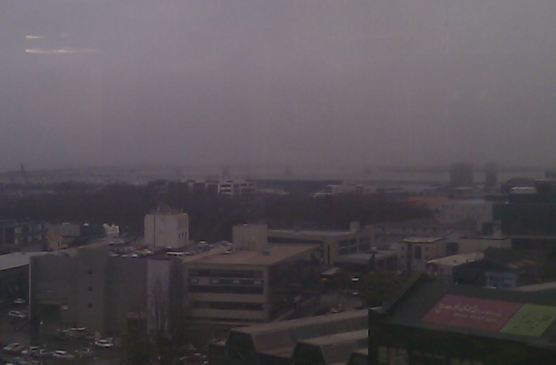 High air pressure and 100% humidity have combined to help produce fog across Auckland city this afternoon.

The rare foggy conditions usually only happen once every year and reach near sea level in the middle of the day, says WeatherWatch.co.nz.

As of 1:30pm most of Auckland’s suburbs there were above 40 metres (the height of the Harbour Bridge) were covered in cloud/fog.

The foggy weather is also coupled with drizzly rain, making for a gloomy but fairly mild day in New Zealand’s largest city, with 16 degrees.

Rain and northerly winds are expected later today or tonight which will see the cloud level lifting as a low in the Tasman moves closer.

Image:  A gloomy day in Auckland, showing the top of the Harbour Bridge (40metres above sea level) shrouded in cloud / WeatherWatch.co.nz

I have all ways said that they have there heads in the clouds 😉 Any way is there much rain on the way for Tauranga this afternoon of tonight?

Looking like a Wednesday event now… we never thought it would arrive until tonight/weds morning.

Verrrry slow moving system…we hate these ones…they are a bugger to forecast accurately!