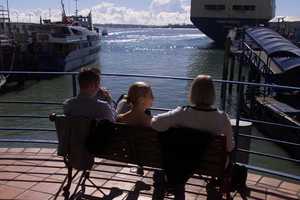 Parts of the country this month emerged sodden while others were gasping for more rain in what was a wet and “abnormally warm” April.

A climate summary by the government funded National Institute of Water and Atmosphere (Niwa) yesterday confirmed what many in rain-drenched regions would have suspected when it came to last month’s official totals.

Christchurch, badly hit by flooding last month, received the second highest total of rainfall since records began 150 years ago – and nearly five times the normal amount for the month.

The city had already been soaked by its wettest March on record, and in just the past two months has received nearly three quarters of its average annual rainfall.

The research station at Winchmore, near Ashburton, recorded the highest level in a century of records, while Takaka in Golden Bay also saw its wettest April on the books.

Much of this was down to an intense low pressure system that brought widespread heavy rain and high winds on April 17, causing floods, slips and wind damage.

Going into May, the heavy rain had left soils “abnormally wet” in Tasman and Marlborough, and much of Canterbury, Niwa said.

Just a few areas, including Northland, Gisborne and Southland, failed to get a normal amount of rain across the month.

But the extra rain wasn’t enough to give all farmers what they needed, and at the start of the month, soil moisture levels remained drier than normal in the Northland, Wanganui, Manawatu, Otago and Southland regions.

While April was a wet one, it was also a warm one – the nationwide average temperature of 14.5C was more than 1C above average for the month.

APRIL AT A GLANCE

Temperature: April was unusually warm for most of New Zealand, in particular the North Island, where well above average temperatures – greater than 1.2C above the April average – were recorded for the month.

Soil Moisture: As at May 1, soil moisture across the country had increased substantially when compared with March values for much of the North Island. But some areas of the country, particularly Northland, Wanganui-Manawatu, Otago and Southland remain drier than normal.

* The highest temperature was 29.6C, observed at Whakatane on April 7.

* The lowest temperature was -4.2C, observed at Pukaki Aerodrome on April 29

* Of the six main centres in April 2014, Auckland was the warmest and sunniest, Dunedin was the coolest and driest, Christchurch was the cloudiest and Wellington was the wettest.

I think April has been, warmer than normal with all those westerlies, but with some good outliers. Hard to say, as we get pretty extreme stuff on occasions. It was an month for heat, cold wind and big windstorms where I live. Clocked 117 km/h SE windstorm gusts straight into a 4.2C 40-60 km/h SW which was damaging, with wind throw, split branches and leaf stripping. Stuff like rubbish bins were blowing around the streets like missiles, and no warnings. The Baring Head SE is in fine form and also blew away at 114 km/h. It is one very mean system in winter. Had nutcase and pretty cold Southerlies as well. Some very cold mountain drainage afterwards as well. The SW has been blimmin cold and unusually arid all this year, 4.0C, 41% on occasions, like it wants to snow. It is a rogue and I suspect straight off the Sthrn Alps, as same has also been appearing with the Southerlies too. Then the late afternoon drainage has been stinking hot this year, hotter than normal. Here the later it gets in the afternoon, the hotter we get right through to dusk; slope drainage. Does the reverse in the cooler months, brings down polar air. The mountain waves have really deteriorated this year, big time.