App – send us your feedback! 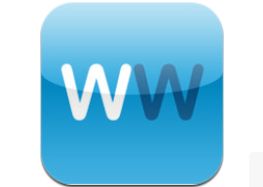 Thousands of people have already downloaded our free weather app out now – and we’re still blown away by the many 5 star ratings you’ve given us so far – thank you!

As we said when we launched in July, we’re a small company with plans to improve the app – including adding Windows and other devices like tablets (next update!)

Some of you may have other feedback – positive and negative, or constructive with tweaks we could make for the future.

We will be adding other New Zealand towns in the future too – so right now we’re looking for bug reports, general feedback on how the app works, and perhaps what could be improved in future updates.

Great app works well on my Sony Xperia Go running 4.1.2 jelly bean what would be better if I could get broadband so I could share my weather station data.

Why can’t there be the lightning radar on there for iPad users..

I forgot to mention, a widget for us awesome Android users would be awesome too! 4×1 and 4×2 sizes are good.

I hate ads in apps with a passion! Give us the option to support you financially by paying to have the ads removed if we want to. Anything between $1-$3 would be reasonable.

Works well on my Motorola Defy – thanks WW 🙂

Unfortunately not compatible with my Nexus 7 tablet. Looks like a great app, would love to have it