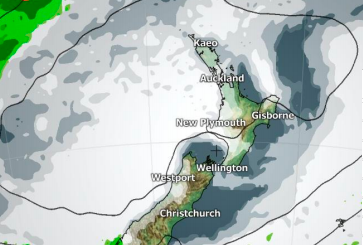 As WeatherWatch.co.nz said last week the high pushing in across New Zealand this week won’t be bringing sunny weather for everyone, especially those who live in the western side of either main island.

Anticyclonic gloom is simply cloud trapped underneath a big high and once we’re on the winter half of the year the nights are longer than the days and that coupled with light winds and warm seas helps create a blanket of cloud that can’t be blown away. As you can see in the info-graphics below the western side of the country is fairly cloudy.

Wednesday morning may be cold in a number of regions due to light winds following light sou’westers on Tuesday. There may be some frosts inland and towards the east which will have much clearer skies.

ANZAC DAY:
The forecast for ANZAC day could not be better, it’s one of the best forecasts we’ve had in years for New Zealand thanks to a very large high that will be parked smack bang over the top of the nation. This ensures mostly light winds and dry weather from Northland to Southland, Westland to Eastland. There is a very slight chance of some early showers in Northland which will be clearing around dawn.

Temperature-wise and dawn ceremonies will be a little cooler on Wednesday morning but not freezing for most. Frosts are possible through the South Island highlands and parts of Otago. It’ll be cold in the single digits first thing but overall Wednesday looks pleasant and mild for most regions by lunchtime. 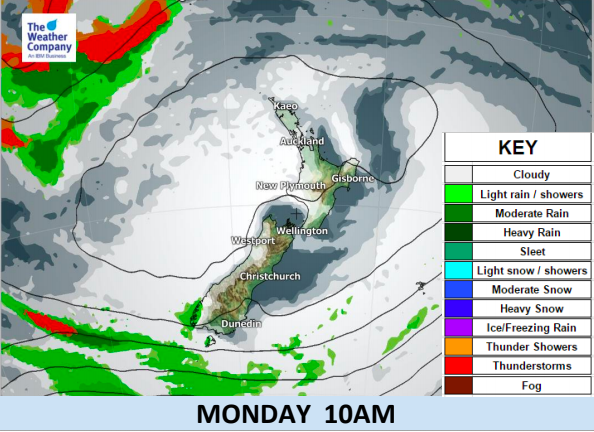 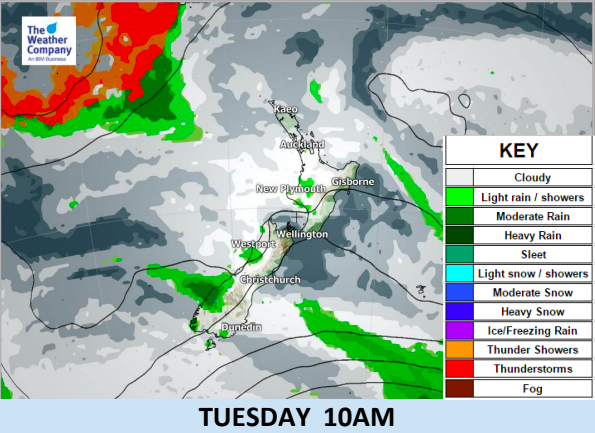 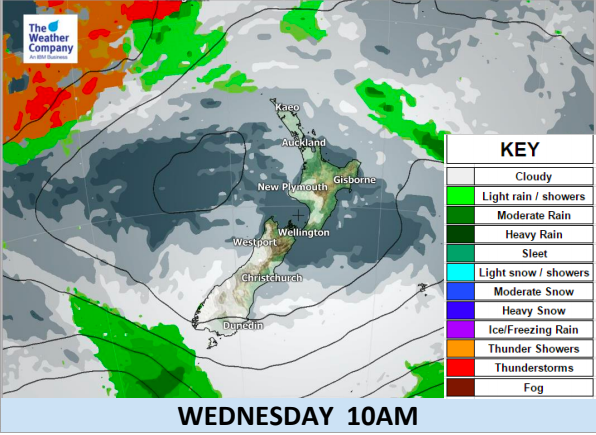 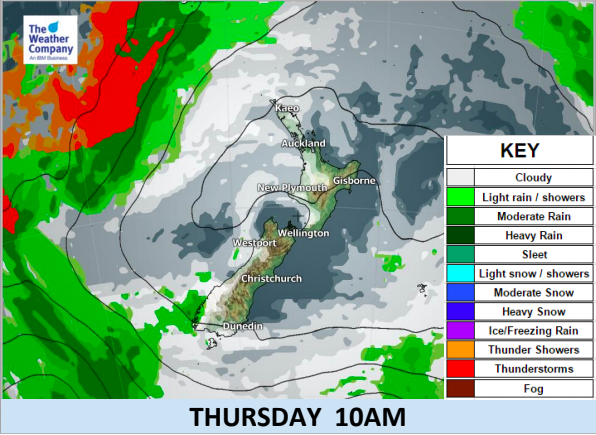