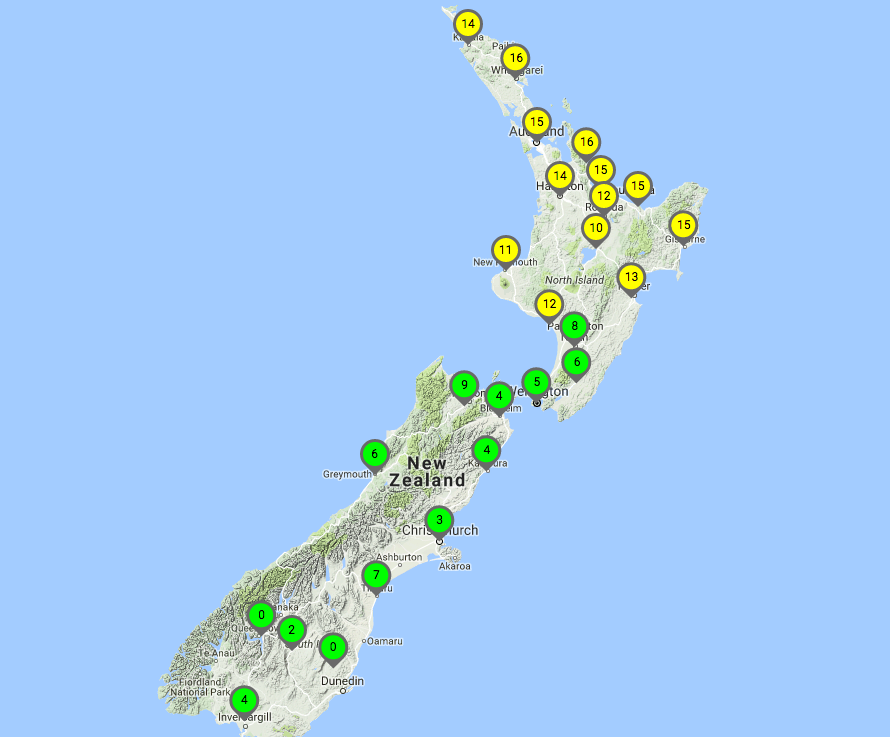 Updated 10:12am — The southerly blast has brought even colder air into the South Island this morning. Dunedin has a feels like temperature of -4C with snow showers in the city.

The feels like (wind chill) temperature in Christchurch and Wellington is -1 in exposed places.

Now the cold air is marching into the North Island. The lower half of the island is now affected by the Antarctic southerly with heavy downpours increasing in Waikato and the upper North Island over the next few hours.

It may not be a spectacular or overly obvious cold front – some areas may only have a few showers. However the cold change should be noticeable to most with temperatures dropping immediately behind this front.

It’s very windy in Auckland today with gale force westerlies at times – even stronger winds are likely this afternoon as winds shift more south west and become colder. A burst of heavy fast moving showers are also likely over the coming hours – these showers as of 10am were affecting Waikato and some are squally.

Tonight will be a very cold night for all of New Zealand with most places around freezing or in the single digits.

Below are temperatures/observations as of 10am – click to view current/live observations. 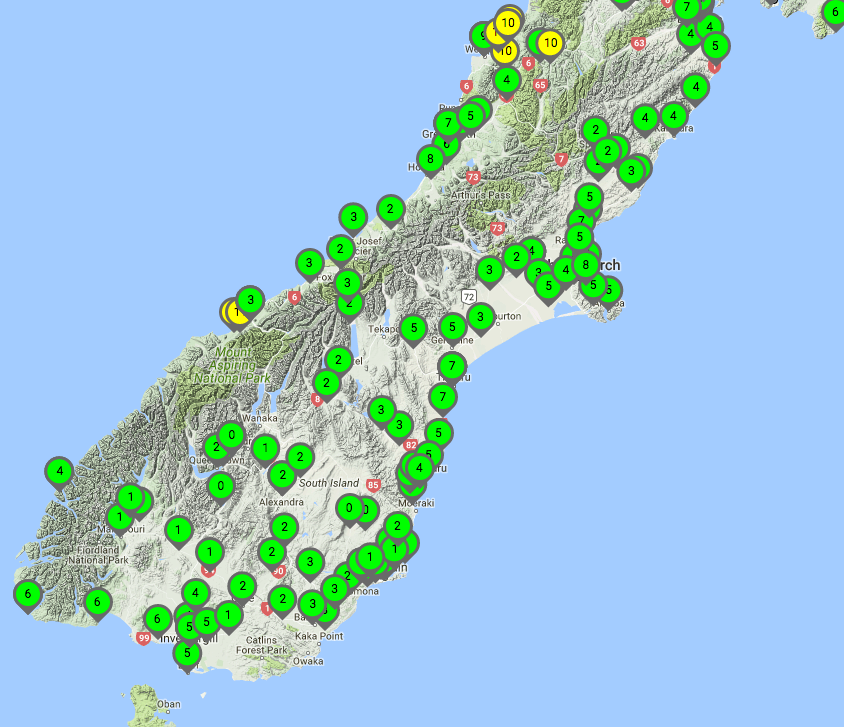 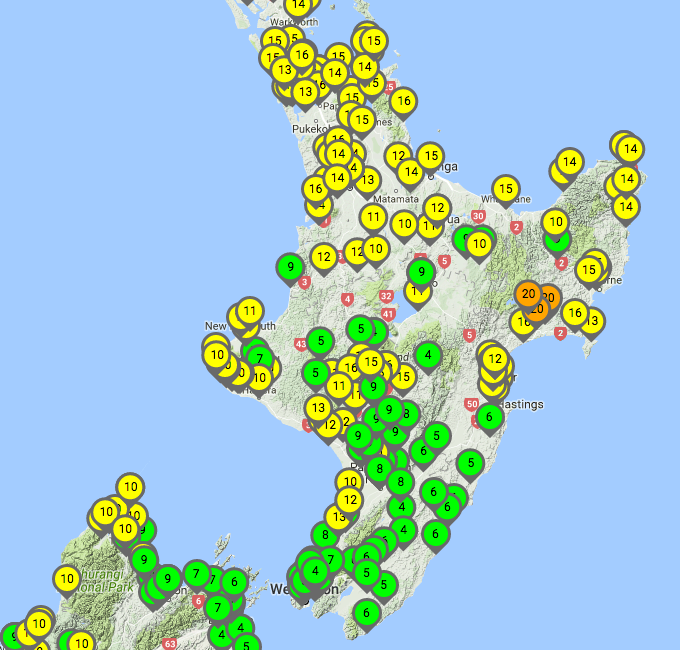 Observations as of 10am – click/tap to view Live and current conditions. 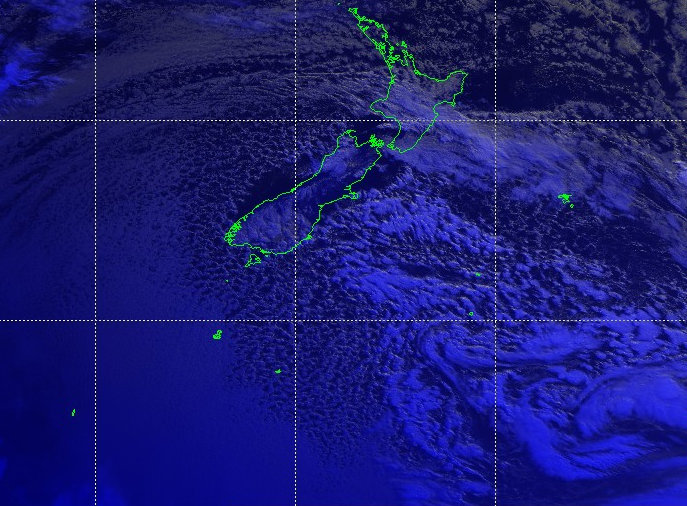