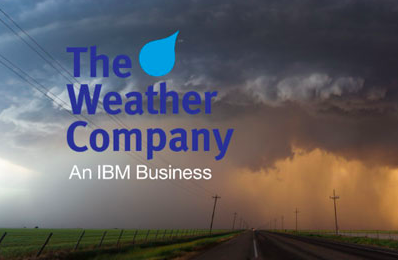 WeatherWatch.co.nz is improving our forecasts even further by migrating to the new IBM super computer very soon for the majority of our forecasts – with updates every 15 minutes to more than 2000 forecast locations in New Zealand.

As many of you know WeatherWatch.co.nz provides highly detailed forecasts and updates for the six main centres: Auckland, Hamilton, Tauranga, Wellington, Christchurch and Dunedin.

The other 1500 forecast locations, including suburbs in those six main centres, are prepared by Wunderground – but not for much longer.

While NZ’s two Government owned forecasters provide only around 100 locations combined for all of New Zealand our unique data sets currently cover 1500 points – and we’re about to get even more detailed.

With the IBM Watson super computer and the power of The Weather Company (The same company that provides forecasts to Google and Apple) we’re about to make our forecasts even more accurate at WeatherWatch.co.nz. We’ll be lifting the number of places we have forecasts for to at least 2000 locations, if not more.

The IBM super computer actually learns from its mistakes – something the human forecasters can do too, but humans can’t focus on 2000+ locations and ensure each day it’s ‘seeing all and learning all’. With our new business partnership with IBM and The Weather Company we’re not only investing in better forecasts but we’re already invested in learning each day to improve. We know mistakes happen in forecasting, it’s a tricky business – but it’s important we don’t just say “that’s the nature of weather” and instead look at big ways to improve this.

Some of you may have noticed data missing at times recently in the Wunderground forecasts – this will continue as we migrate away from Wunderground and into the new Weather Company set up over the next week or two.

Our six main centre forecasts will still be written by WeatherWatch.co.nz.

Also, the upcoming changes will fix a long standing bug we’ve had with Wunderground which places some of you in incorrect regions (For example, some users in Cambridge, Waikato see Cambridge, Bay of Plenty – this bug will be fixed in the upgrades).

WeatherWatch.co.nz is excited to be again raising the standards of forecasting in New Zealand and with the world’s most powerful weather super computer behind us 2018 and beyond is looking very exciting.

CHANGES COMING
You may notice some of the Wunderground data “dropping off” over the next week or two as we begin to migrate over to the new system.

There is nothing you have to do it – it will all be automatic, but App users will have a new update coming in the next week or two.

There may be a time when the WeatherWatch.co.nz main centre forecasts may not entirely show all days ahead as we migrate over to the new forecasting platform.

We expect this to be fully completed by early February.

Good work on improving the forecasts and the new partnership.

You write about personal weather stations feeding into the new system.

How does that happen? With a personal station that currently uploads to Wunderground will these still be used by the system or is there a change that the owners of the stations need to do to direct the feed elsewhere?

Hi there Gary, thanks for the question and interest. At this stage we expect to continue using Wunderground PWS for the remainder of the year. We’re wanting to try and remove the 10% that aren’t very reliable but for now we still think providing the hundreds of weather stations is better than providing nothing at all, as the weather stations we fund the Government to provide are then delayed by MetService for 1 to 3 hours and over 24 hours by Niwa for their own commercial interests. So we need/appreciate the Wunderground PWS network. If you’re on it already then nothing will change.

Any chance that a real time rain radar will be available better than metservice currently has?

Not likely any time soon unfortunately.

And why is that…..they can make a lot of money by making a rain and lightning radar app for your phone……many countries have them.

Because the NZ Government through MetService and NIWA has no true open data – until the Government changes that we cannot provide those services you mention (which don’t have to cost the tax payers any more either).

Congratulations on the partnership deal with IBM

Looking forward to more.frequent updates of weather in near future 🙂

Very good start to new year for you guys….

Absolutely fantastic WW many congratulations all this is due to your hard work. I am looking forward to it..