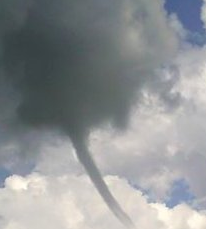 A high pressure system centred east of the South Island sits offshore in the Pacific, with the North Island looking fairly cloudy all over with easterlies, while patchy showers and some rain remain.

It’s shaping up fairly drab and boring in the North Island with patchy rain or drizzle for many.
There’s the outside chance of a downpour somewhere about the upper North Island, while the South Island is drier – with the best weather on the West Coast and in Southland and Central Otago.

It’s looking cloudy and drizzly in places through the day in Auckland, while late downpours could affect the upper North Island – including the city itself – keeping temperatures in the early to mid 20s. However as of 7am the city was mainly dry with the bul of the rain falling on the Coromandel Peninsula.

Cloud and southeast winds keep temperatures down in the mid to late teens.

Easterlies from the high pressure system means Christchurch stays cool – a high in the mid teens along with morning cloud, burning away to mostly fine conditions.