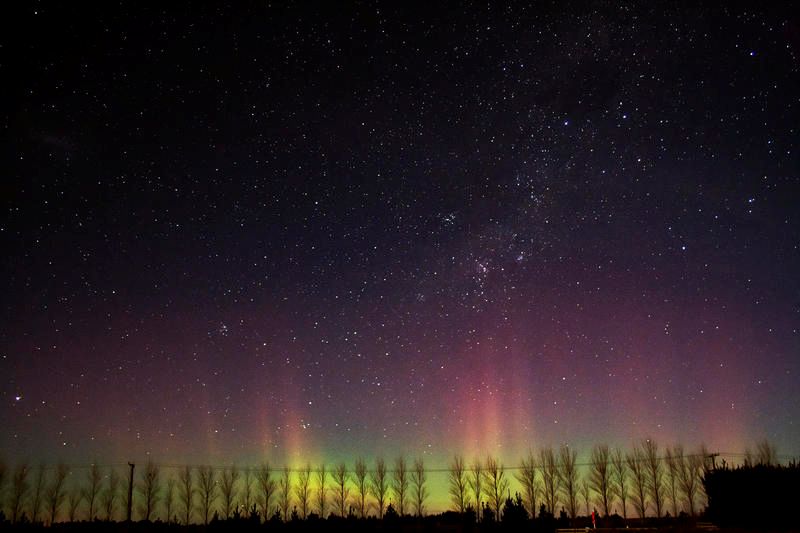 “This morning between 1 – 1:30 am an aurora became viable from Darfield. Visually it was vary faint with only a glow to the south and some times I could see faint band of light. I also took 30 second exposures of the aurora which showed up the detail” Andrew Dallow told us.