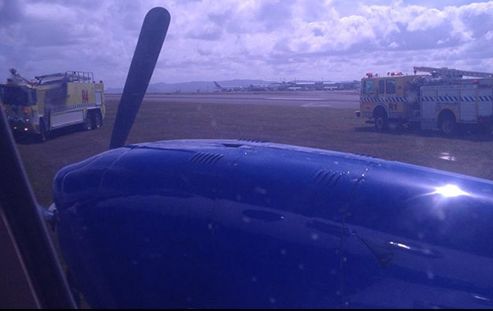 A small plane has had to abort its takeoff at the last minute at Auckland Airport this afternoon, and has ended up in the grass.

The Air New Zealand Link aircraft, flight NZ2067, which was headed to Taupo, is said to have skidded off the runway with its flight crew and a full load of passengers onboard.

Fire communications manager Scott Osmond says everyone is fine and they are filing off the plane.

One passenger , Adele, has been tweeting about the incident from the aircraft, and has said that only a passenger’s strawberries were damaged.