Aftershocks Could Continue For Weeks 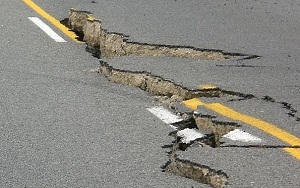 The Student Volunteer Army are planning to continue their clean-up tomorrow. If you would like to help out, visit www.facebook.com/studentvolunteerarmy

Clean up efforts are underway against as the echoes from the round of quakes that shook Christchurch on Friday continue, and right now it looks like they could continue for weeks to come.

A magnitude 5.8 followed by a 6.0 magnitude earthquake struck off the coast of Lyttelton on Friday afternoon, causing liquefaction to once again erupt from the earth and leaving sewerage, water and power out of action in pockets of eastern Christchurch.

A series of “intense” aftershocks have followed. Literally hundreds and hundreds of aftershocks were recorded by GNS in the 24 hours following the two major quakes, said seismologist Bill Fry.

At times this weekend, they were coming every 15-20 minutes. Some even reached over magnitude 4.

By 9am today, the GNS website showed six aftershocks since midnight ranging from magnitude 2.9 to 4.1, and all recorded 10km east of Christchurch.

“[Christmas Eve night] had been quite quiet, and Christmas day was reasonably quiet too.”

The amount of aftershocks had died down considerably since the rolling aftershocks recorded on Friday night, he said.

“This is a kind of normal aftershock pattern and they’ll all calm down now if everything goes reasonably. You could still get a magnitude 5 in this sequence, I suspect, but most of them will just tail off. But it will take a few weeks before it gets back down to what it was before the 23rd.”