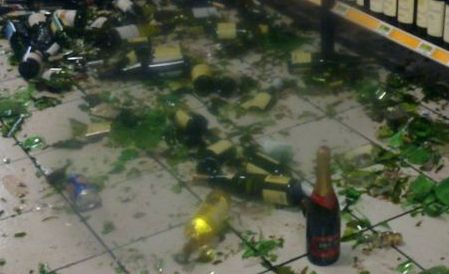 It may be a month since the big earthquake but for some Cantabrians the damage is still appearing.

Exactly four weeks after a 7.1 magnitude quake caused widespread damage – and just as residents were starting to breathe a little easier – Canterbury was hit on Monday night by two frightening aftershocks within eight minutes.

One was recorded at magnitude 5.

West Melton winemaker Peter Gatehouse and his family got through the main quake with little damage other than a few smashed bottles of wine. But when the aftershocks hit on Monday – centred not far from his property – it was a different story.

A concrete outer wall of his home partially collapsed inwards, cracks opened up in a stone pillar inside his home, dropping chips on to the floor, and a large storage tank in his nearby winery fell down on to a grape press with a “crash, bang”.

“It was a good reminder that all is not quite finished yet,” Mr Gatehouse told the Herald.

He and his wife were asleep when the aftershocks struck with “quite a strong jarring action”.

“The first thing I suppose I thought of was [I was] really grateful that the lights didn’t go out, because the first time it was pretty interesting scrambling around in the dark trying to find that torch you stowed somewhere.

“Because the epicentre was out this way, it felt very sharp. One or two of my neighbours thought it was only just a notch less than what we had experienced before [in the main quake].”

GNS Science said the aftershocks were sufficient to cause some damage. But the Christchurch City Council had received no reports of any major effects from the aftershocks yesterday.

The September 4 main quake caused at least $4 billion of damage to homes, businesses and infrastructure and has led to 86,000 claims to the Earthquake Commission.

About 70,000 of these have come from Christchurch.

About 1000 claims a day are still being lodged.