Home > News > A warning on those warnings...

A warning on those warnings 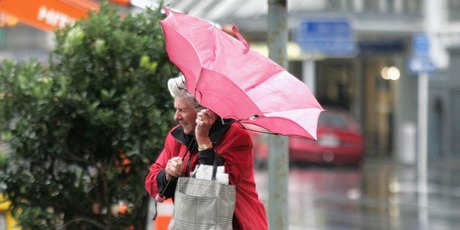 If the public are to understand severe weather events better, they’re going to need more education as well as some fine-tuning of forecasters’ weather warnings.

Last Sunday and Monday, a number of warnings were in place, predicting winds of up to 130km/h. Some areas, such as Wellington, had those winds – but not everyone did. This led to a number of complaints to WeatherWatch.co.nz about why the warnings were issued in the first place.

While we can’t answer on behalf of MetService, I can help clarify the best way to read a warning – and for that you need to add your local knowledge.

Residents of Christchurch know all too well that a nor’west gale often falls short of the city, though damaging winds inland nearer the Southern Alps can occur. When a warning is issued it is usually quite generic for the entire region, such as rain warnings for the Gisborne region where the forecasters say, “north of Tolaga Bay”.

So you need to look at the details of the warning and add in your local knowledge – this is fine-tuning the warning to make it more accurate for you.

But MetService also needs to make the warnings less confusing – we’ve been raising this for several years.

The media has access to a MetService product called MetConnect and within that the warnings actually specify cities such as Christchurch and Dunedin as being separate to Canterbury and Otago. But often the warning for inland areas appears in these city-specific areas, leading to misleading headlines like “Severe weather for Christchurch”.

WeatherWatch.co.nz believes the official warnings would be more accurate if the top six main centres had separate warnings from their rural surroundings – as this would also help journalists decipher between a weather warning that’s mainly for the national parks and mountain ranges where few people live – or a significant warning that could affect hundreds of thousands of people.

For the record, WeatherWatch.co.nz supports about 80 per cent of the warnings issued by MetService and believes much of the remaining 20 per cent could be fixed by more accurately communicating those warnings and reinforcing the message that local knowledge is key.

Well Phil a good article and maybe you should approach Dotcom for investment in WW and then be able to do all the good work yourselves without any need for metservice..

May I ask if any Govt. funding is given to Weather Watch?
After all you are providing accurate,up-to-date reporting of weather for the biggest population in NZ.

Hi Zelda – no government money or funding comes in to WeatherWatch.co.nz at this stage.