A springier feel – Your Weather Highlights for the next 3 days 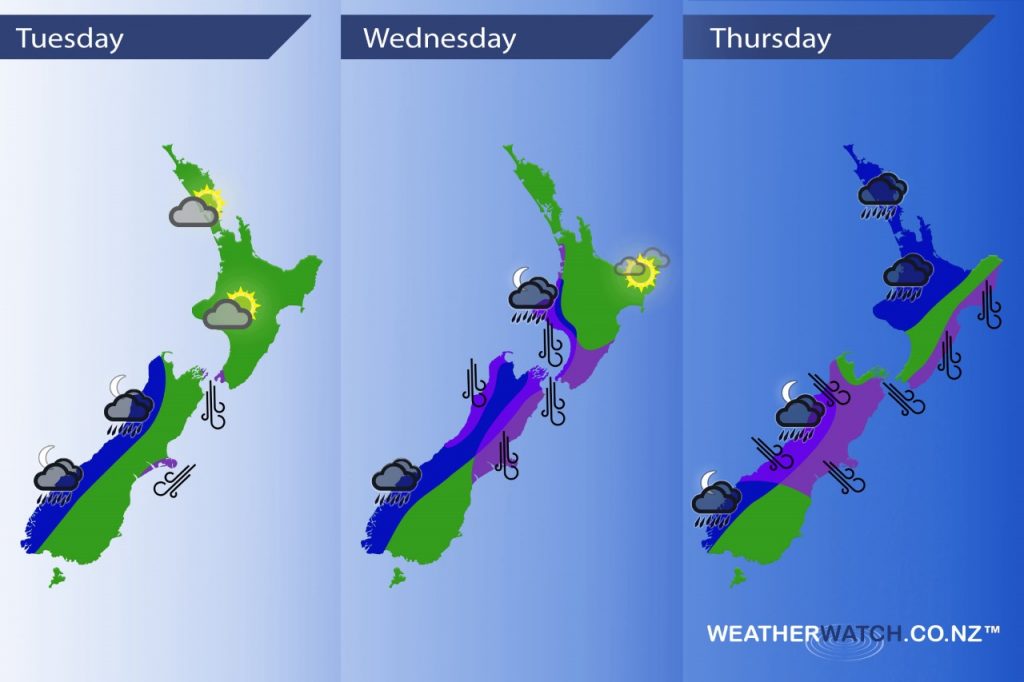 It’s a return to a spring or autumn-like weather pattern this week, as some weather comes in from our west – pulling in some very strong westerlies and rain for parts of the country.

Wednesday could see some gale force winds, possibly rising even to severe gale force, or “hurricane strength” at times in exposed places, while there’s some wet weather affecting the South Island too through the midweek.

A north to northeasterly airflow increases over the South Island during the day, becoming fairly gusty overnight about Banks Peninsula and through Cook Strait.
Rain moves onto the West Coast of the South Island overnight, also becoming heavy.

Heavy rain moves onto the West Coast of the South Island during the day, then eases overnight as a front moves northwards.
For Taranaki and a small slither of the western North Island, you’ll note on the graphic provided that rain becomes heavy there overnight.
Northerly winds during the day are likely to be strong for the upper South Island and through Cook Strait, and then western parts of the North Island overnight experience strong winds also from the north.

A burst of heavy rain is possible about the upper North Island in the morning, before easing to showers by afternoon as northwest winds change southwest.
Northerly winds blow strongly about the East Coast of the North Island first thing in the morning, before then easing away.
Overnight, we see heavy rain return to the West Coast of the South Island and northwesterly winds become strong for much of the South Island – although Fiordland, Otago and Southland’s winds may not be as bad.
Northwesterly winds overnight for Canterbury and Marlborough in the east could be particularly strong from the northwest too. 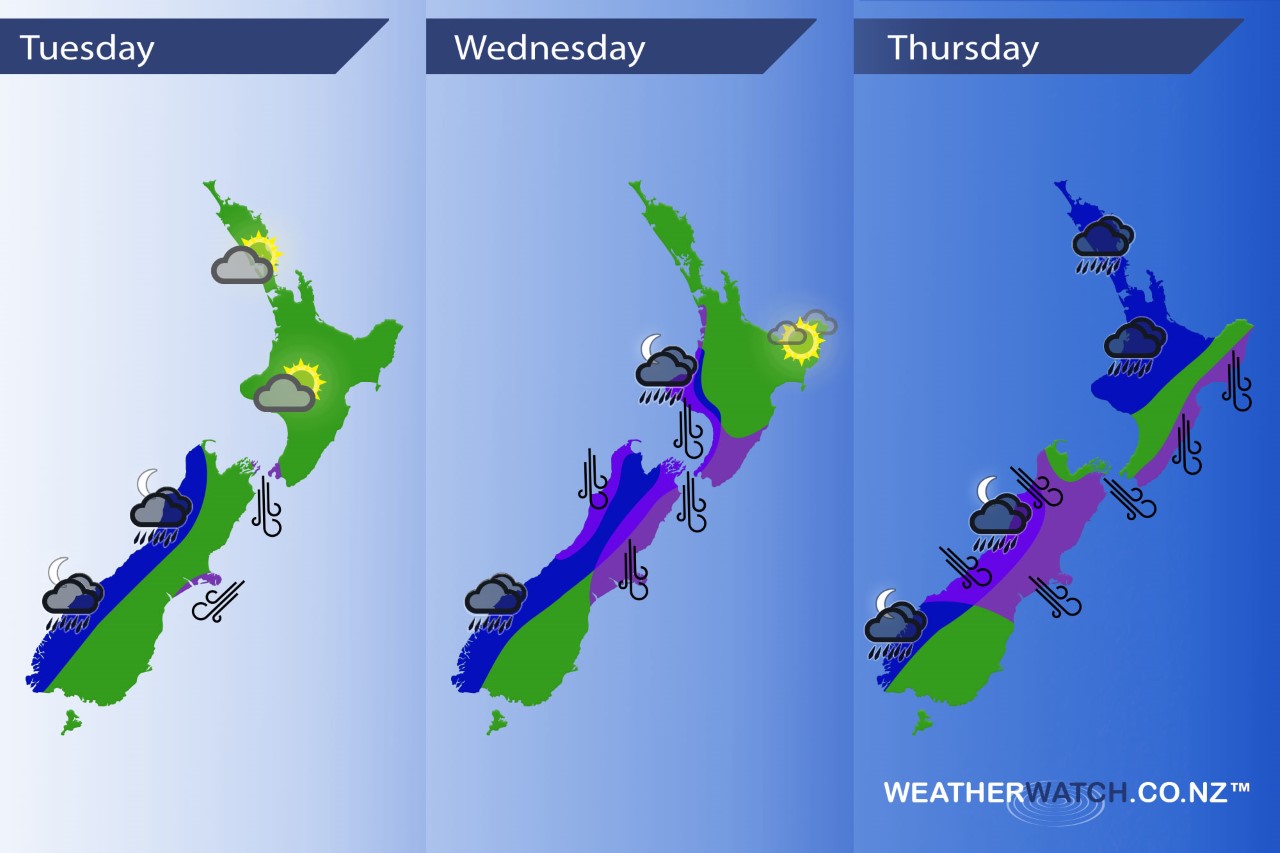