Home > News > A shockingly settled day for some...

A shockingly settled day for some 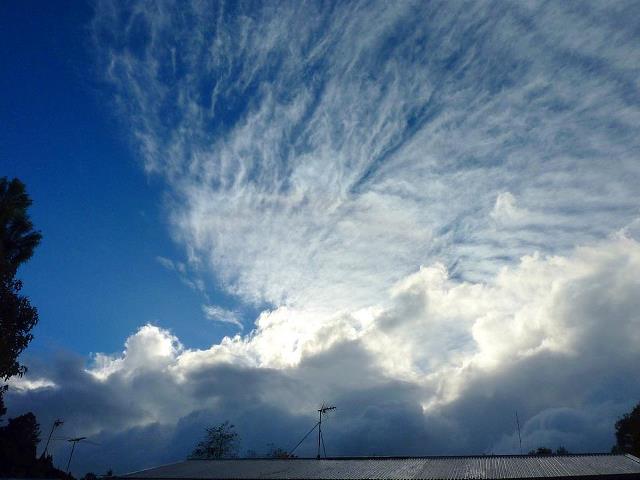 Despite all the wet weather over the past week, I really didn’t mind it that much.  I mean, for winter weather, this isn’t bad.

Of course, that’s coming from someone who grew up in a climate often called the “Frozen Tundra”.  There were times it got so cold, we had leave the tap water running all night to keep the pipes from freezing.

Nevertheless, all that rain was getting a bit old.

And today, some areas are actually catching a break.  We are officially between lows this afternoon.  Our big 8 Day Low has died off and the next low is still about 36 hours away (more like 48 hours for most Kiwis).  That leaves much of New Zealand in a settling weather pattern.  Even though it will be a pattern that is short-lived.  The new incoming low will spread rain across the North Island and upper South Island late on Tuesday through Wednesday.

In addition to that, believe it or not, another low right behind that one could move in for next weekend.  If models are right, it could be a pretty potent one.

Regardless of the unsettled weather to come, we do indeed have some settled weather to talk about today.  For example, on the South Island, Christchurch, Darfield and Dunedin reported some sunshine.  On the North Island, clouds were breaking apart around Wellington, Te Awamutu, Hamilton and Auckland.

Temperatures last hour ranged from 9 in Queenstown to 16 in Hamilton.

How are things by you this afternoon?

An utterly miserable day up here in the North, fog finally cleared about 11ish to open up to a grey cold showery day.Very winter like and I do not like it one bit.
Need some dry weather but looking at your forecast it is not to be for sometime. Great for all those who have enjoyed good weather and may it continue.

An truly awesome day here in Upper Hutt, Fine and mild.
I can hear several lawnmowers going and i am on to my 4th load of washing!!.
Was it about this time last year we had snow over most the country??.
Cheers
Duncan