A mild week with northwesterly winds 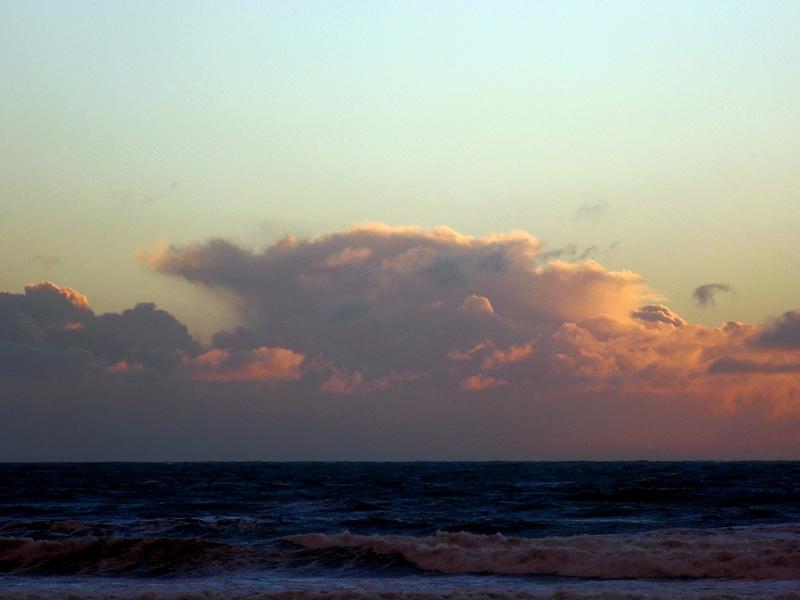 Yes this week is looking almost spring like with mainly warm northwesterly winds the key feature. Western regions will be cloudier overall with areas of rain or showers from time to time naturally, while out east high cloud, pleasant temperatures and mainly dry conditions look likely.

On Tuesday for the North Island expect sunny areas and thickening high cloud for most with north to northwesterly winds, there may be a spit or two about western areas from afternoon otherwise conditions look dry. Itâ€™s not till later in the evening or overnight that a more widespread area of showers moves in. The east
coast looks dry all day with mostly sunny weather, could be a chilly start about
the Hawkes Bay and Gisborne.

For the South Island, rain eases in the morning on the West Coast to showers. About Nelson and the Marlborough Sounds expect showers for much of the day, late afternoon / evening rain may be heavy
for a time. The remainder of Marlborough is fairly cloudy with showers from
afternoon, clearing later in the evening. Sunny areas and high cloud for other
eastern regions with north to northwesterly winds.

Cloudy spells and occasional showers for much of the North Island on Wednesday, breezy
northwesterly winds. About Wellington expect strong northerlies. The east coast
is mainly dry but expect some high cloud. For the South Island a strong
northwesterly airflow develops in the morning for all, winds gusting to gale
force at times in the afternoon North Otago northwards in the east especially
inland. A front moves through later in the evening with winds easing a little
and tending more westerly, there may be a brief shower or two as the front
passes through. Along the West Coast expect rain, heavy for a time in the
evening with thunderstorms then easing back to showers overnight as strong
northwesterlies change westerly.

Thursday comes along and for the North Island cloudy spells look likely again in the west with the odd shower and
northwesterly winds, there may be longer dry spells though between showers
especially Auckland northwards. The east coast is mostly sunny and warm with
some high cloud at times. Wellington sees brisk to strong northwesterlies with
periods of cloud.

The South Island has a fairly strong northwesterly airflow continue to flow over all regions, winds may reach gale force at times about inland eastern areas and Southland from afternoon. Warm temperatures along
the east coast though with some high cloud at times and mostly sunny conditions.
Cloudy along the West Coast with rain heavy about South Westland.

Friday is more of the same as to what Thursday brought, a bit drier about western
regions of the North Island however then showers moving in again later in the
evening / overnight. Warm along the east coast with some high cloud. The South
Island sees strong northwesterlies, gales possible for the east coast. Heavy
rain for the West Coast.

Suffice to say not looking the best for ski fields.