A look back at Cyclone Drena 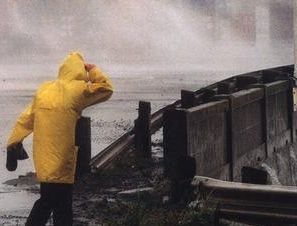 Almost exactly 14 years to the day and Cyclone Drena had blown through the North Island bringing widespread flooding and damage to properties in the north.

Tropical Cyclone Vania, currently a category 3 cyclone, is tracking in a similar path to Drena.

WeatherWatch.co.nz forecasters point out that every cyclone has a different personality and just because Vania is similar to Drena track-wise it doesn’t mean we can expect the same outcome – or damage.

However here’s a look back at just what Drena did back to New Zealand back in January 1997. 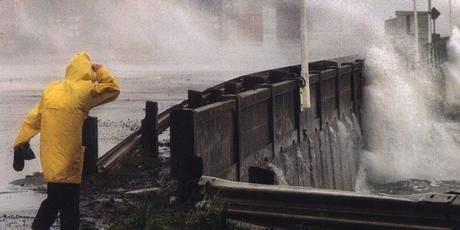 Below is an account of the print media’s reporting of Cyclone Drena and its visit to the north of our country in 1997.

Wednesday January 8 1997
A tropical cyclone appears over New Caledonia on the forecast map in the New Zealand Herald, however no mention is made of it coming near New Zealand in the long range forecast. The TVNZ news that night mentions the cyclone over New Caledonia and indicates that the MetService was unsure of the path it would take.

Thursday January 9 1997
A headline at the bottom on the front page of the Herald is Second cyclone heads to NZ packing rain, 220 km/h winds. The article says: “If it continues its present course, Northland could begin feeling its effects tomorrow or Saturday. Weather warnings were expected to be issued for northern New Zealand today.”

Friday January 10 1997
The New Zealand Herald’s front page headline is Cyclone Drena likely to punish unwary. In the article, people in the path of the cyclone are warned against complacency after Cyclone Fergus failed to live up to expectations. It reports that Aucklanders could wake up to 21 hours of rain from 6 am and winds gusting up to 130 km/h.

During the day it became clear that the predicted torrential rain wasn’t going to eventuate, although the cyclone did bring strong winds to many places. The winds were strong enough to uproot trees and lift up roofs in many places.

Saturday January 11 1997
The New Zealand Herald’s morning headline reports Drena lashes north. Another article on the cyclone tells how some campers are choosing to stay put during the cyclone, while a third article reports on the loss of earnings of motor camps in Northland and Coromandel, who question the accuracy of the weather forecasting.

During the day though, the Cyclone wreaked havoc on the Coromandel. A man died after he was electrocuted by felled power lines. A state of emergency was declared on the peninsula where the high seas flooded homes and washed some areas of road away on state highway 25, north of Thames. About 30 homes were evacuated becuase of the flooding, caused by the high seas washing over sea walls.

Sunday January 12 1997
The Sunday Star Times headline: Cyclone chaos, Sting in Drena’s tail lashes Coromandel, which reports on the devestation the cyclone brought to the Coromandel. However the cyclone moved off the country during the day, bringing much needed rain to the South Island and leaving the North Island in sunshine.

I see that the USAF / USN Joint Typhoon Warning Center is saying that Vania may dissipate due to unfavourable environmental conditions that exist the further south it tracks towards / past Norfolk Island in 48 – 72 hours. The JTWC and Nadi are now predicting that Vania will skirt the eastern coast of New Caledonia and not make a direct hit as previously forecast and it appears to have ceased to intensify at this satge.