A fine midweek – The Big Picture on Wednesday 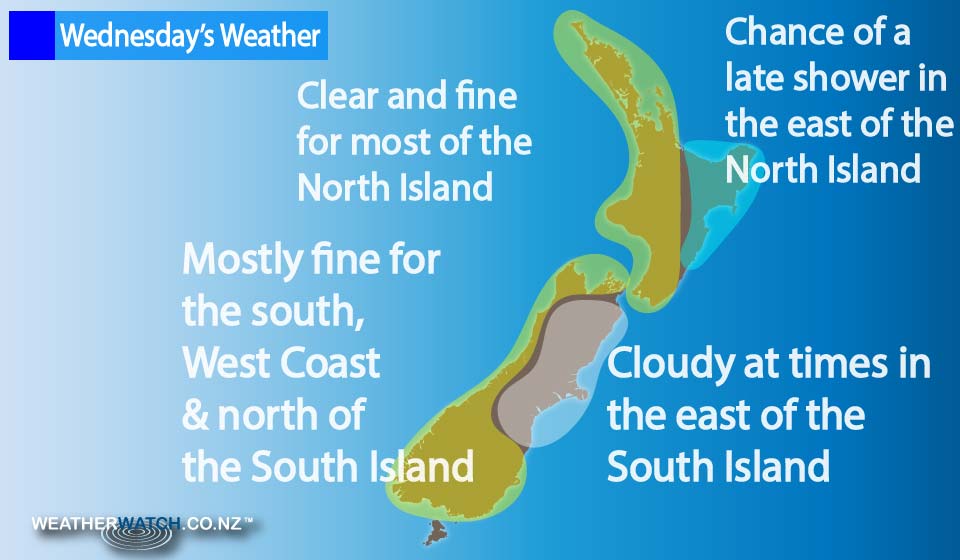 On Wednesday we have a high pressure system over the South Island – while around it a southeasterly airflow sits over the North Island – though it’s not very strong.

The West Coast is mainly sunny too, with light winds.
Southland and Otago is mainly sunny after any early cloud breaks away, southwesterly breezes die out in the afternoon.