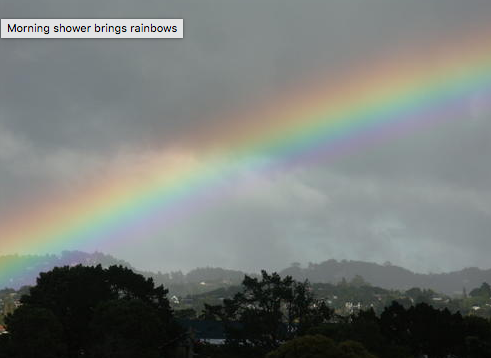 Another Autumn week gets underway, and it’s looking like a mix of cloud, showers and sun for most parts of the country through the day.

The heavy rain which affected many parts of the country over the weekend has well and truly left us, however, meaning finer weather to kick the week off.

Cloudy with the odd shower here and there at times through the morning, while southwest winds blow through the day too – and temperatures in the early 20s.

Winds turn to the south early in the day, bringing showers and cool conditions to the capital, keeping temperatures in the mid to late teens – before clearing up late on.

Showers and southerly winds die out and clear, leaving a mostly fine day and temperatures in the mid teens.