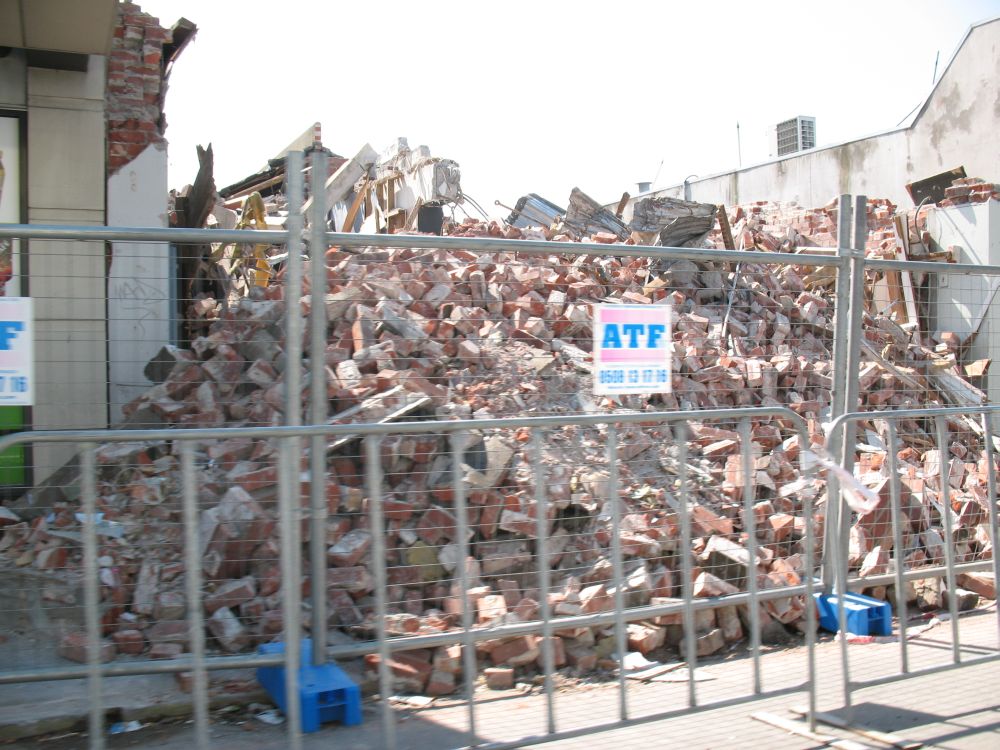 Besieged Christchurch was struck by a 5.3 magnitude earthquake last night – the latest in a series of powerful aftershocks.

Power was cut for a short time to some suburbs including Ilam, Avonhead and Burnside but police said by midnight last night there had been no reports of serious damage or problems.

Power company Orion said power was restored in parts of the affected areas within an hour.

The airport was closed while runways and control towers were checked for damage.

Early today, overseas flights were being diverted to Auckland.

The only report of damage received was from a resident in Haihai whose windows were shattered by the force of the quake.

In the eastern suburbs, Burwood resident Margaret Roy was playing bridge with friends when the walls started to ripple.

“Everyone’s face went white and we just froze,” she said. “There’s nothing you can do when something like that hits. You’re completely stuck wherever you are.

“After, we threw our cards down on the table and got out of there. It was terrible.”

Earlier in the evening, at 7.35pm, a 4.3 magnitude earthquake centred 20km north of Ashburton at a depth of 12km, shook Canterbury.

Posters on social networking sites said the later quake was felt as far away as Dunedin and as far north as the Kapiti Coast.

One Christchurch resident told the Herald that the quake came suddenly and brought a “violent rattling”.

“It built in intensity and then the lights went out. It felt like one of the largest quakes we’ve had.

Christchurch mayor Bob Parker said there did not appear to be serious damage or injury. But it was a “very short, sharp jolt that would have triggered aftershocks in other faults”.

Mr Parker said it continued to cause unease for already stressed residents, but would not change the mindset for many who were already “at rock bottom”.

Suffered more damage here than any other shake last night. Happened in my suburb of Halswell. Was no build up or warning it was violent right away and lasted 10 seconds or so. Just 2.2km from here infact. Lost a TV, water came out of the toilet, speakers fell. Didnt sleep a wink last night as every 10 seconds you could hear the ‘P’ wave (a booming sound going through the ground) Was awful! You were sitting there waiting to feel the shake that sometimes eventuated from the sounds and other times didnt. Finally managed to stop shaking of fear this morning!