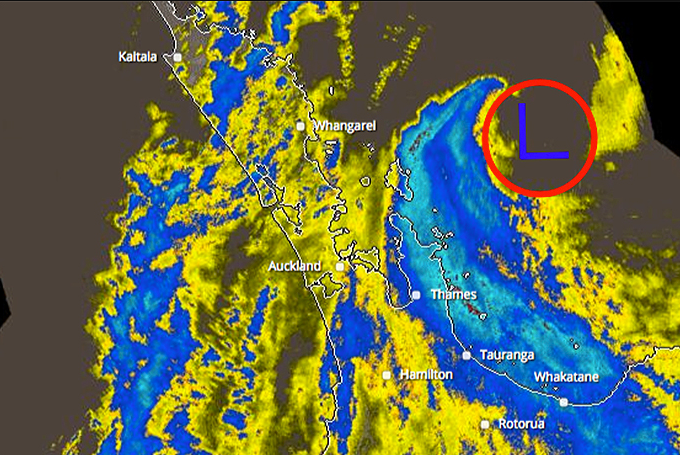 WeatherWatch.co.nz has gone through our extensive news archives across 2017 and found the biggest 17 headlines of the year…

Jan 22
“When is Summer Coming?” reads the headline at WeatherWatch.co.nz. Mt Taranaki is covered in a fresh dusting of snow and a recent poll at WeatherWatch reveals 61% are disappointed with summer. However the story also mentioned the Big Dry and how droughts were possible the following month in some regions.

Feb 15
A drought is official in Northland and heavy rain finally falls over the area bringing some overdue relief.

Mid March
A sub-tropical low to the north of New Zealand opens up a “Highway of Humidity” and brings in heavy rain to dry parts of northern New Zealand. In fact this was the moment areas in the north went from very dry to suddenly very wet.

April – First week
The rain from ex-cyclone Debbie reaches New Zealand and brings slips, flooding and significant rainfall totals, locking in a ‘big wet’ after months of a ‘big dry’ and droughts.

April 13
Cyclone Cook makes landfall in New Zealand. WeatherWatch.co.nz has over 200,000 people on our website that day alone. The storm oddly tracked in a similar fashion to where Captain Cook sailed in some eastern areas. It moved through faster than expected and damage was thankfully limited.

May 8
Cyclone Donna tracks past north eastern New Zealand. Donna was an intense storm previously with air pressure bottoming out at 935hPa. The storm killed 2 people in the tropics. This cyclone was also named “D” but Debbie was named by Australia forecasters while Donna was named by Fiji forecasters, using an entirely different list of names. The dividing line for who names tropical storms runs north to south about halfway through the Tasman Sea area.

May 21
An Antarctic blast hits New Zealand with low temperatures, heavy snow and then frosts.

Mid June
Lots of thick fog over a number of days affects dozens of flights, especially in and out of Auckland Domestic Airport. Thick fog also lead to a fatal four person car crash on the Hauraki Plains in Waikato.

July 21 & 22
A deep and very large low 3500kms wide moves across New Zealand. The large system tapped into sub-tropical rain which it then pushed into Canterbury and Otago causing flooding.

September 6
Historic Hurricane Irma, Cat 5, starts its long track to the US after smashing a number of Caribbean island nations.

November 14 to 30
A heatwave begins through inland parts of New Zealand, mostly Central Otago area which was over 8 degrees above average and had highs into the low 30s at times across a couple of weeks. It was warmer than average in most of New Zealand with very heavy downpours and thunderstorms bringing flash flashing to Roxburgh, Central Otago and also to South Auckland.

December 18
A “spring like” pattern returns to NZ with the forecast of some rain for farmers and growers worried that a drought is forming as much drier than average conditions remain in place over most of the country.

December 23
Droughts become official after WeatherWatch.co.nz exclusively indicates they are very possible this summer. The drought affecting farmers in Taranaki, Manawatu-Whanganui and Wellington hsa been classified as a medium-scale adverse affect by authorities.

A little early for the news. New Year should see a few updates 🙂