2011 will end on a soggy note for the North Island, warm and sunny for the South Island 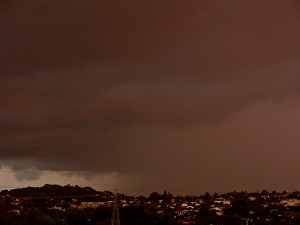 Rainfall has continued across the North Island and the far northern South Island overnight.  Those same areas look like they will contune to be rather soggy on this final day of 2011.

Rain is expected to heavy at times today, especially in parts of the North Island.  For that reason, Severe Weather Warnings remain in place for the Tararuas and coastal hills of Wairarapa, Taranaki, the central North Island high country and Bay of Plenty.

People in these areas are advised to watch for rising rivers and streams.  Surface flooding and slips are possible.  Driving coniditions may also deteriorate due to poor visibility in the heavy rain and slick roads.

The North Island looks to remain fairly rainy for New Year’s Day as well.  Although Northland may catch a break in the rain during the morning and afternoon.  The South Island is still looking warm and settled for the first day of 2012.

Weather past week has been fine sunny and hot especially in Central Otago where I have been this past week – no rain in Alex at all. Dunedin had a cool day yesterday with 5mm rain recorded in my gauge – that’s all! Weather today in Dunners(as Jim says it!) is fine sunny with light easterly will prbably pick up as day progresses temp. presently 16.4deg C with expexted max. around 19 to 22deg C(depending on forecast source) Alex. expected to have another stunner of at least 26deg C – cheers to all you soggy sodden northerners! Mind you we could do with some of the rain you’ve been receiving.

5mm more than Invercargill had. Oh, and it doesn’t pay to be smug about the weather as it’s liable to bite you on the butt….eventually!

Hi. Another soggy old night here in North Auckland. 30 mils in the past 15 hrs and still counting. Just had a look at the monthly ave for December in the 8 yrs we have been here and its’ topped it by 88 mils and counting.
Monthly ave to date has been 134 mils.
While rain can be irritating to human endeavors, it is one of the commodities human life cannot do without. Enjoy whatever the weather is at the time because the sun will shine again one day to be enjoyed by all.

That was some thunder storm in Whangarei last night…most impressive display!