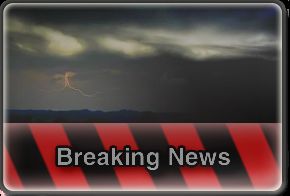 “A significant amount of rain has fallen over the past 16 hours and it is expected to continue with some roads already closed and a lot of surface flooding. We also have reports of flooding of a number of houses in the district. Rain is forecast to ease but some rivers may not yet have reached their highest level” says the Tararua District Council (TDC).

The Pahiatua and Woodville areas are likely to be the most affected.

The Mangatainoka river is predicted to continue to rise with the predicted modelling from horizons suggesting a 200 year event says the TDC.

“We are advising that people and stock living on low-lying areas close to rivers should monitor their situation and determine whether to self evacuate”.

WeatherWatch.co.nz says heavy rain is continuing to affecting northern parts of Manawatu, mostly north of about Palmerston North, however heavier rain is lingering about the Tararua Ranges.

Rain may not ease in some areas for a number of hours, particularly in the north.

• A Community Centre is being opened in Pahiatua. Further details to come.

The following schools have chosen to close their doors early in order to send the children home:
• Mangamaire School
• Ruahine School
• Tararua College

All schools are now being advised to close early and send the children home.

Public are advised to not travel unless absolutely necessary.

Farmers are advised to move their stock to higher ground.

The Tararua District Council will continue to monitor the situation and any further information will be made available as it comes to hand.

I suspect that they mean the eastern side of the Tararua Ranges, which Woodville, etc is on. Manawatu was on the western side.

Yep, mud throughout houses,rescues, and following that, lots of suicides. This flooding seems to be a little South of the previous one.
Mangatanoika River,runs past Tui Brewery, Manawatu river does seem to have problems yet.