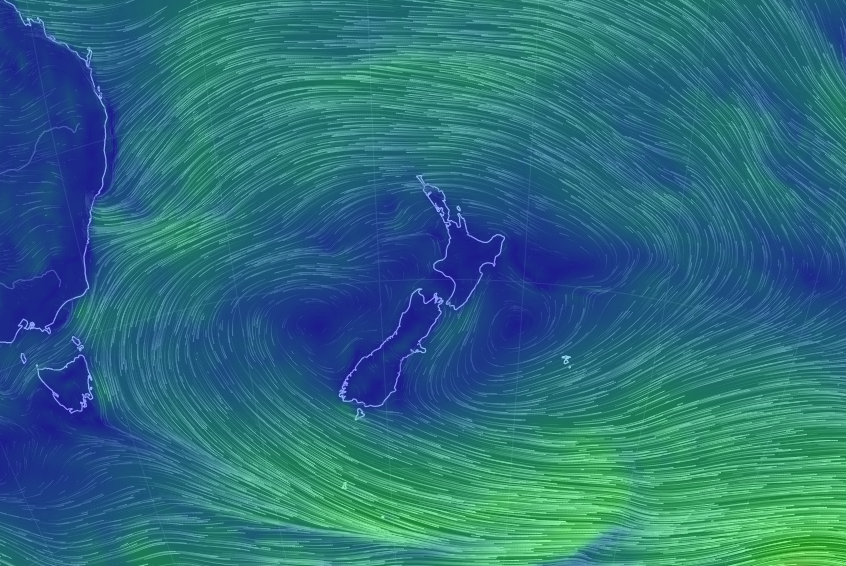 Welcome to March 1st, day one of Autumn on the meteorological calendar and the weather around New Zealand is calm, mild and perhaps a little cloudy for some under a gigantic high.

Main showers today are around western Bay of Plenty, central and northern Waikato and southern parts of Auckland (mostly the Bombay Hills area).

Today we’ll see sunny spells break through in the north and showers become perhaps more isolated but intense as daytime heating into the mid 20s kicks in later – around parts of Waikato, Auckland, Coromandel and western BOP.

Cloudy spells are also affecting the eastern side of the South Island. Christchurch brightened up a bit yesterday but the past few days have been fairly cloudy at times there too – with no rain for the dry region.

Napier yesterday had some drizzle patches too – today looks drier.

With a huge high parked over New Zealand many will find March 1st to be quite similar to February 28th.

The high remains over the country until Friday, then over the weekend the high pressure balloon pops as a fairly light sou’west flow moves in.

The next big high appears to be around next Wednesday, mostly for the South Island and lower North Island. As tropical rainmakers try to push down towards New Zealand this second high will push back. A battle of the pressure systems will occur over the North Island between dry high pressure and humid, wet sub-tropical air that is trying to sink towards the North Island towards mid-March. It’s too early to know which system will win out.