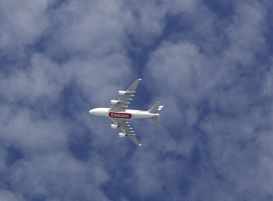 It’s been a cloudy week for many main centres but the weekend is looking sunnier as yet another high moves in.

In this job it’s always hard to please everyone. Someone called “kiwigirluk” sent me a message on Twitter the other day – “Weather forecasts alway leave something to be desired – they’re either 100% wrong or definitely not what we want to hear”.

That couldn’t be more apt for this weekend. On one hand I’m desperately wanting to tell farmers that rain is on the way, but on the other hand I want to tell people the weekend’s weather will be sunny and hot and great for getting outside.

So what can I serve up this weekend? Well…a bit of column A and a bit of column B. Overall, though, it does look to be a mostly sunny and mostly dry weekend.

The sub-tropical low to the north east of New Zealand – the first tropical depression of the South Pacific cyclone season – is now dying. It’s this low that has delivered thick cloud to northern New Zealand and a combination of this low and the high over the south that has produced cooler easterlies right up the east coast.

So as this next high rolls in from the west it will push much of the cloud away – and start to ease the humidity back just a tiny bit in the north.

Some rain may be in the forecast this weekend too. A weak front will brush the Southland coast and may push up the South Island (although won’t get far and certainly won’t deliver much as it moves up on Sunday/Monday).

Where was the big downpours this week?

Some parts of northern Inland Hawkes Bay and South Waikato/Lake Taupo areas saw some good after showers – but they were isolated.