WeatherWatch to expand significantly in 2016 with “over 1000” forecast centres 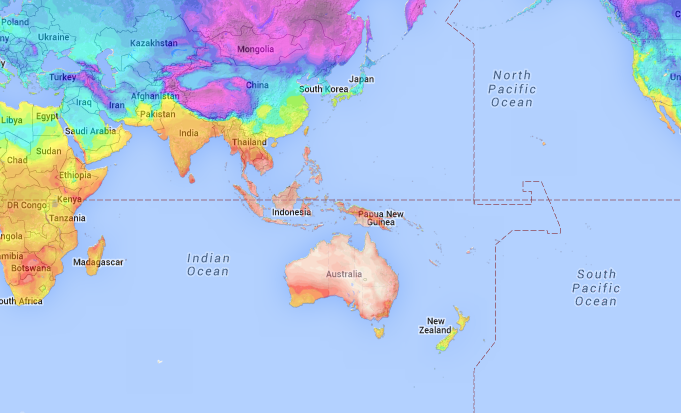 It’s been a long time coming – but in 2016 WeatherWatch.co.nz will expand to cover every part of New Zealand with 10 day forecasts for basically every single town and suburb in the country and even a number of very isolated communities.

The new deal – in association with global weather giant Weather.com – means WeatherWatch.co.nz will have more forecasts for more places in New Zealand than both NIWA and MetService combined (the two government/tax payer owned weather agencies). In fact, WeatherWatch.co.nz will next year expand to cover well over 1000 forecast centres in New Zealand – the two Government owned forecasters combined have only around 100 forecast centres on their two public websites.

WeatherWatch.co.nz is a small business with a huge footprint in New Zealand – we’re trusted by Civil Defence, the NZ Government, numerous news and media outlets (including CNN, Weatherzone and Weather.com internationally) and by half a million New Zealanders who visit our website and free app.

However we’ve found our skills – mostly at interpreting & communicating weather data accurately – are being swallowed up by the simple nature of a growing business and growing duties. With that in mind we wanted to spend more time focusing on what we do best – and use other meteorologists and skills for the long range forecasts which, to be fair, chop and change a bit – the nature of any forecast beyond a few days out. We needed the help of a global forecaster to “fill in the gaps” so we can expand our unique services at WeatherWatch.co.nz.

Weather.com doesn’t just work with anyone – they recently have done global deals with both Apple and Google, and now in New Zealand they are working exclusively with WeatherWatch.co.nz so that more Kiwis can get access to better weather products.

And no – we aren’t just getting “computer spit outs”. The data we are linking up to is data WeatherWatch.co.nz has trusted from day one (since 2005). Weather.com has over 200 meteorologists working on this data to ensure it’s accurate not only here in New Zealand, but also over the ditch in Australia – around the South Pacific islands – and elsewhere across the globe. We were explicitly asked not to call them “computer forecasts” because of the very fact so many meteorologists are working on this data!

So what are the 2016 changes to WeatherWatch.co.nz?

This is just Phase I of a big change for WeatherWatch – which turned 10 years old this spring.

Worried about the upcoming changes?

At the core of our New Zealand owned business is Philip Duncan, Aaron Wilkinson, Drew Chappel and our contributors – ‘the other Phil’ and Kimi in graphics! Our business remains NZ owned, NZ based, and NZ focused (although we love sharing international news every day).

Also, our maps and beach forecasts will remain at WeatherWatch, supplied directly by the great team at Weathermap.co.nz/MetOcean. You may recall we had a few issues this time a year ago when US data feeds changed – now that is resolved and the maps we have via WeatherWatch are more reliable than ever – and it’s 100% thanks to the hard working and very supportive team at www.Weathermap.co.nz.

Finally – while Weather.com doesn’t just do business with anyone – neither do we – and we have standards which we feed back to them too. It’s a good relationship. (Read our 10 Questions interview with Bruce Rose, former VP and Principal Scientist at Weather.com)

WeatherWatch.co.nz has always been the privately owned public forecaster for New Zealand – in other words, you the NZ public help us shape what we do. Not everyone likes change – so when do make changes in 2016 don’t be afraid to let us know what you like, but also, what we could do even better…and we’ll factor that in for Phase II.

The first set of upgrades are expected later in summer at this stage – and all updates will be free to all WeatherWatch.co.nz users (both app and website).

Excellent stuff WW, am looking forward to it all as it adds to the already great services you provide. Good luck with the changes and may it all run smoothly.