Weather Video: Your weekend forecast + a cold change next week 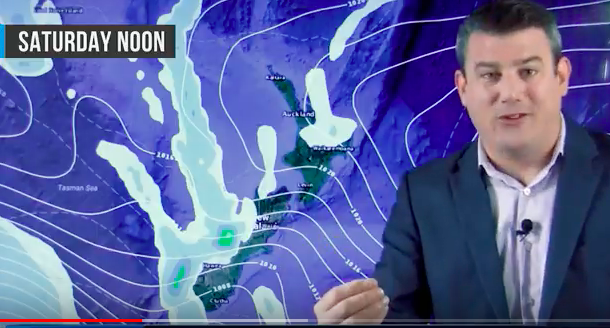 Rain is moving into the West Coast today and tomorrow with some heavy falls in the mountains and a few spits making it further east.

By Sunday the fronts will have fallen apart and the North Island looks mainly dry apart from a few showers here and there.

It remains warm to hot over the next few days and into the start of next week.

However by Wednesday a much cooler air flow will sweep up the South Island, perhaps even bringing some rain or showers to Southland, parts of Otago and some eastern areas of both islands – although it may not be a lot.

Daytime highs for some in the South Island next week may drop by 10 to 15 degrees around Wednesday and Thursday with the lower and eastern North Island also getting the cooler southerly around Thursday and Friday and highs tumbling several degrees from earlier in the week.