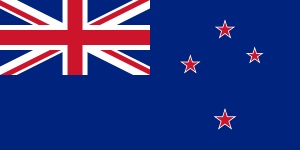 But there are a few exceptions.  Also, this has been a summer of weird weather.  Let’s hope Mother Nature doesn’t throw us any curve balls.

As it stands right now though, both Saturday and Sunday are looking nice in general.  The exception to that rule can be found on the South Island.   A few showers are possible for Dunedin and Invercargill Saturday afternoon and then a better chance of more widespread rain for all of Otago and eastern sections of Southland Saturday night.

Late in the day on Sunday, Southland and Otago could again see some rain.  Showers are again possible for these areas during the day on Monday.

Keep in mind, the possiblity of actually seeing rain this weekend in these areas is not that great.  But, these are the areas that stand the best chance of getting wet.

The North Island is looking dry and settled.  If there are any rain chances to be found this weekend on the North Island, they aren’t showing up yet.  We will certainly keep an eye on it for you.

As far as temperatures go, look for seasonal, summer-like warmth across the country all three days.  It will be a bit cooler though for folks who see daytime clouds and rain.

Auckland had a beautiful day for Anniversary Day.

Good morning,
It seems like the South Island is having it’s turn for rain after a pretty wet month in the north.Havn’t heard much on the Tropics of late, has all gone quiet up there.Nice to be having all this sunshine.

Very interesting piece, will see what happens in the coming years.

This is a complete crock, typical of the Mail, and has already been dismissed in other forums

The above article seems like a Joe Bastardi special –lol. Full of soft science, spin, bias…etc.

World temperatures are doing anything but falling: 2011, 2010, and 2005…were among the warmest years globally ever measured since 1880 (when they started keeping records). Here is a quote “According to NOAA scientists, 2010 tied with 2005 as the warmest year of the global surface temperature record, beginning in 1880. This was the 34th consecutive year with global temperatures above the 20th century average”

Most folks in the academic and meteorological community see anything but cooling in the next 25 years.

Happy New Year Mr RW. Great to hear from you again. Looks as though this years discussions will be as warm as last years heading towards that mini ice age ha.

I’m really dissapointed to see that the average temp rise over the past 14 years has been a poultry + 0.15. 2011 warming was less than half of 2010 as shown
I have seen other figures that show the tend for the last decade was a drop of -0.87F so they are all over the place.
To hear the spin from the fearmongers such as Al Gore and his team of liers and story tellers we are/were looking at a complete breakdown of the human race and a melting of the ice caps and a sea level rise. The only major sea level rise in recent times was in Japan last year, God rest their souls.

I stand by my comments that we are all well and not threatened by this wee bit of warming, gee we have been here for the time it takes to blink, again the big bright thing in the sky will and does have the main influence on our planets climate.
I do hope the current warming trend continues to stay at that level, were ,it to cool as I expect over the coming years I’ll have trouble growing my wonderful veges outside.

In conclusion – the Climate Change/Global Warming faction has tried and in some cases succeeded in the installation of fear in the population, their agenda has been exposed and is now in the open for all who have a decent necktop computer to work out.

I am totally comfortable to debate this issue with my friends and strangers because I know along with many the agenda, I have opened their eyes and minds to it, those who don’t I’m afraid are getting left well behind.

Am I a climatologist/scientist? No, but I do have a good mind and when I smell a rat I go get it and flush it out, in this case job done.

Long live the climate and those who live with it, can we change it? no.

Your usual rant. Some reading for others:

Mr RW why thankyou, my “rant” has already had me receive an offer or two to write on this, no really.

My rant looks far better than yours and tells my message clearly, it is just unfortunate that my little fat fingers get in the way at times, you in your links are just reafirming what I have said, although in saying that I would not trust the NY Times as you would not trust the Mail.

I think you and others of your ilke just don’t get it. The Earths temperature and climate runs in cycles FACT, we may be going through a warming stage or not and that is part of the cycle.

Man has had no or minimal effect on this cycle with CO2, it is a natural cycle that is my argument. Man is just not responsible for the climate changing and to have the UN and our government place a tax on us for that is just a blatant crime, almost laughable in fact.

Climate study groups like NIWA are government funded are will tow the line to preserve their jobs, much like the thieving bankers in the UK and US etc.

As I said yesterday, an average for the past 14 years of a 0.15 rise in temps is a joke when we look back on all of the fearmongering that has gone on

We have FACTS that show this agenda was formed way back in an attempt to rape and pillage the worlds middle class of all they have and keep underdeveloped countries as just that, underdeveloped.. The human nature is to react to fear, that has been part of the game all along with Gore and his band of clowns, his info has been debunked deservedly as has much more fearmongering.

Other sources I see say we are heading for a cooling due to the Suns activity or lack of and show evidence to show this, the case that man made CO2 is the cause of any warming is thrown out based on one fact that the real agenda to trawl this story has been found out, much like a person who you found was telling lies would lose my trust straight away.

We see a bigger change of tempurature in an hour than the 0.15 in warming we have seen in 14 years.

There is nothing to fear here and I look forward to the coming ice age, looking forward to meeting you in the Igloo next door RW.

Right now you must have a coffee break due at NIWA or same after reading this lot.fantastic again Dave, now which job shall I go far?

Still chickening out on my challenge? Put up just one of your assertions at Hot Topic. You’re scared of the scientists there, for obvious reasons – they have facts, you have conspiracies.