VIDEO: Cold blast coming in now, but a big high by Saturday 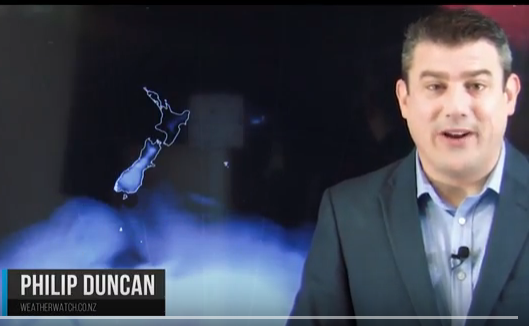 Tuesday sees a cold change arriving in the South Island and gradually moving northwards bringing rain to the west, showers to the north and snow flurries down to a few hundred metres in the south.

Across Tuesday PM and into Wednesday AM strong, sometimes gale force, south to south west winds will cover the country. For the most part these are just blustery conditions with winds below damaging. Wednesday also sees the sun return to many westerners in both islands bar a couple of showers.

Thursday and Friday remain somewhat unsettled around New Zealand with more west to south west winds and more showers, mostly in the South Island – but plenty of long dry spells around the nation too.

By Friday a large high – the big one from Australia – finally moves in and calms down the weather for most places after a few more showers fall on Friday afternoon.