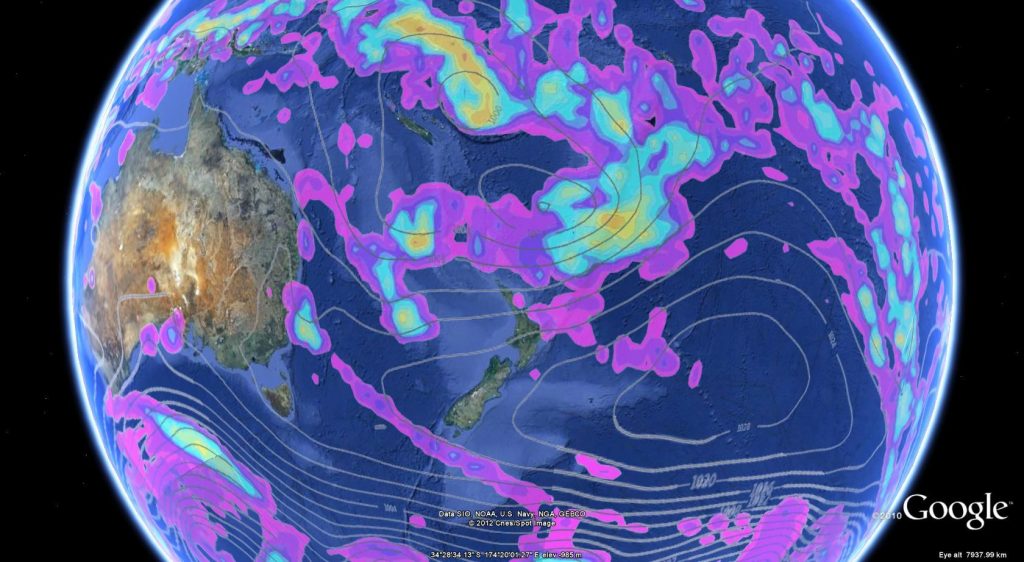 At least two tropical lows which are connected to the flooding in Fiji are continuing to drift towards the upper North Island today reports WeatherWatch.co.nz.

Head weather analyst Philip Duncan says the north east of the North Island is mostly in the firing line.  “We have bursts of heavy rain off and on for a number of days this week across the upper or eastern North Island, with places like East Cape, Gisborne and Hawkes Bay most exposed”.

Mr Duncan says there are two lows directly north of New Zealand and while that might sound ominous, he says there are some positives.  “When we have two lows side by side like this they tend to zap a bit of the energy out of each other and spread that wind and rain over a greater area – that simple process can reduce the severity of the winds and the longevity of the rain and reduce the chances of severe weather warnings”.

However the two lows mean a week of wind and cloud for the entire North Island with a similar forecast to last month in which strong winds from the easterly quarter will blow across the North Island while the South Island stays mostly settled.

Easterlies often cause pockets of damage, like we saw in March, including one time when no wind warnings or watches were issued despite damage to properties in Bay of Plenty, Waikato, Central Plateau and Horowhenua.

“On top of the heavy rain in March we do expect further slips and flooding about East Cape, Gisborne and Hawkes Bay.  Add on top of that dangerous surf and we could see coastal erosion too”.

MetService says they have high confidence of heavy rain in East Cape, Gisborne and Hawkes Bay which could lead to slips and flooding.

WeatherWatch.co.nz says the rain will be off and on in some places all week but significant dry spells will also be in the mix.

“This is a very messy system – it’s not one big wall of rain, it’s pockets of torrential downpours with pockets of severe gales – each day we’re learning more and more since first predicting this tropical system seven days ago”.

WeatherWatch.co.nz believes most main centres in the north will escape major problems and doesn’t expect a repeat of the significant flash flooding in Fiji – but says there is some risk for flash flooding in parts of the rural north east of the North Island.

The windy weather particularly will continue over the North Island up until Easter with computer models picking a new low will form in the Tasman Sea late this week and weekend – potentially bringing more wind and showers to the upper North Island this long weekend – but the jury is still out on that prediction for today.

If you want to escape the wind and rain, the further south the better with the West Coast, Central Otago and Southland expected to have the sunniest and most settled weather in the country this week.