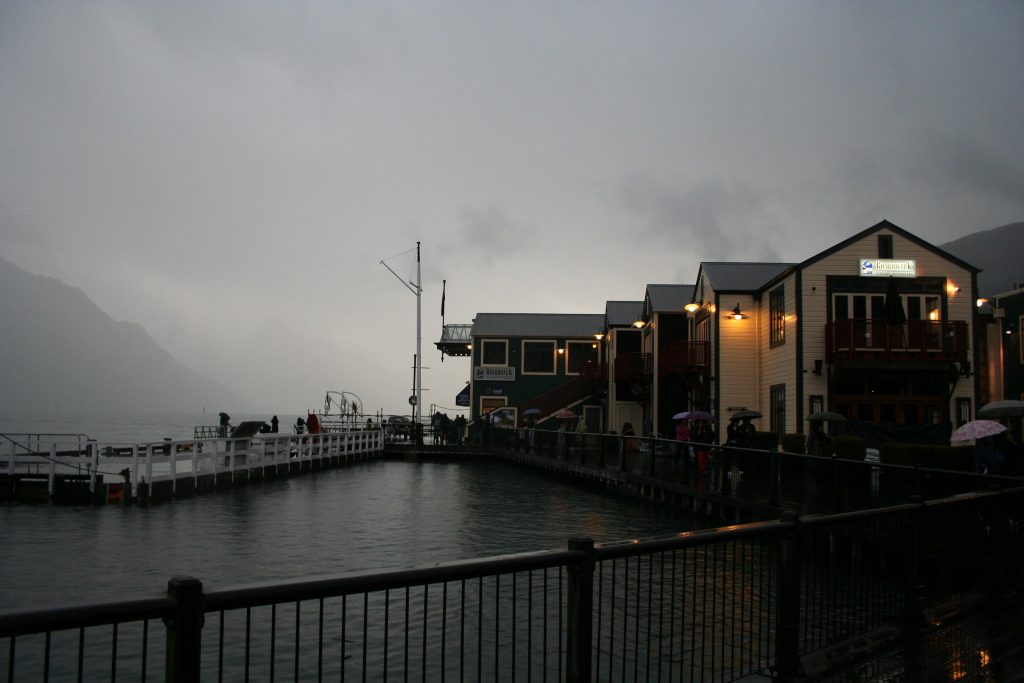 MetService says a cold front is moving quickly northeastwards over the South Island today, accompanied by a brief burst of heavy rain about and west of the divide however it shouldn’t have any negative impact on high lake levels around Queenstown.

But Mr Duncan says the wet weather isn’t over the south west corner of the South Island.

“Another front is going to move in on Thursday and Friday dumping more heavy rain along the West Coast.  While rain fall in the Wakatipu catchment areas will be less than last week, at this stage, it’s still worth keeping a close eye on – especially trampers and those in flood prone areas of the south west”.

A boat high and dry, but not the trailer towing it… Queenstown’s waterfront on Friday.  Image / Alison Metherell.

MetService says on Thursday, a more active cold front should move onto the South Island, bringing heavy rain to the west coast. “There is a moderate risk that amounts will reach warning criteria on Thursday and Friday in Fiordland and the Westland ranges south of Otira” says MetService.

The front is expected to move fairly slowly over the South Island. There is a moderate risk of warnable amounts of rain spreading into the ranges of north Westland on Friday.

“There is a low risk that spillover into the Otago and Canterbury headwaters with this front will reach warning criteria” says MetService.