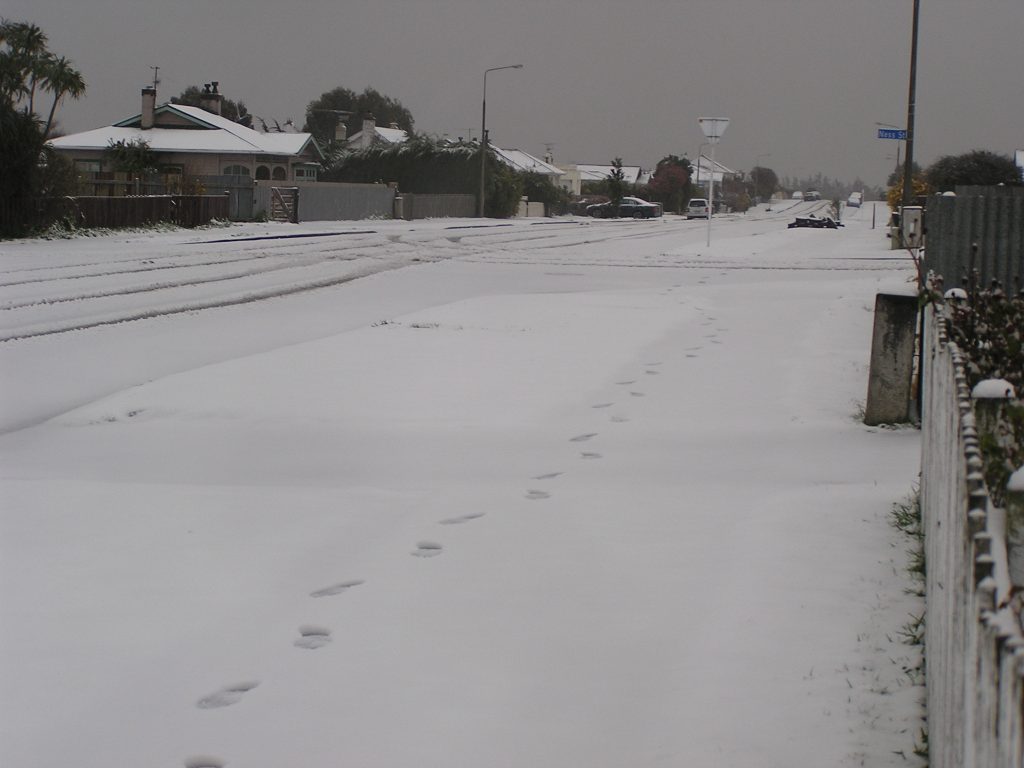 A late season snow storm that brought some of the coldest weather to Tasmania in decades and created their largest swell on record – 18 metres – is now bringing snow and bitterly low wind chills to Southland.

WeatherWatch.co.nz predicted the snow earlier in the week and flurries have been falling off and on since Friday.

Invercargill resident Karen Pivott told WeatherWatch.co.nz that the snow has caused a few minor fender benders.  “The Police are advising people to stay indoors and not drive on the roads. Very slippery. Not many walkers out either – the pavements are also very slippery”.

“We also had heavy thunder early this morning, which is very unusual for Invercargill”.

She says they now have over 11cms of snow on the ground.

WeatherWatch.co.nz Invercargil report Malcolm Gayfer says the snow at his house is about 8cms deep.

The wind chill in Invercargill is currently -5 and may drop further this afternoon, however looks milder with warmer westerlies moving in. 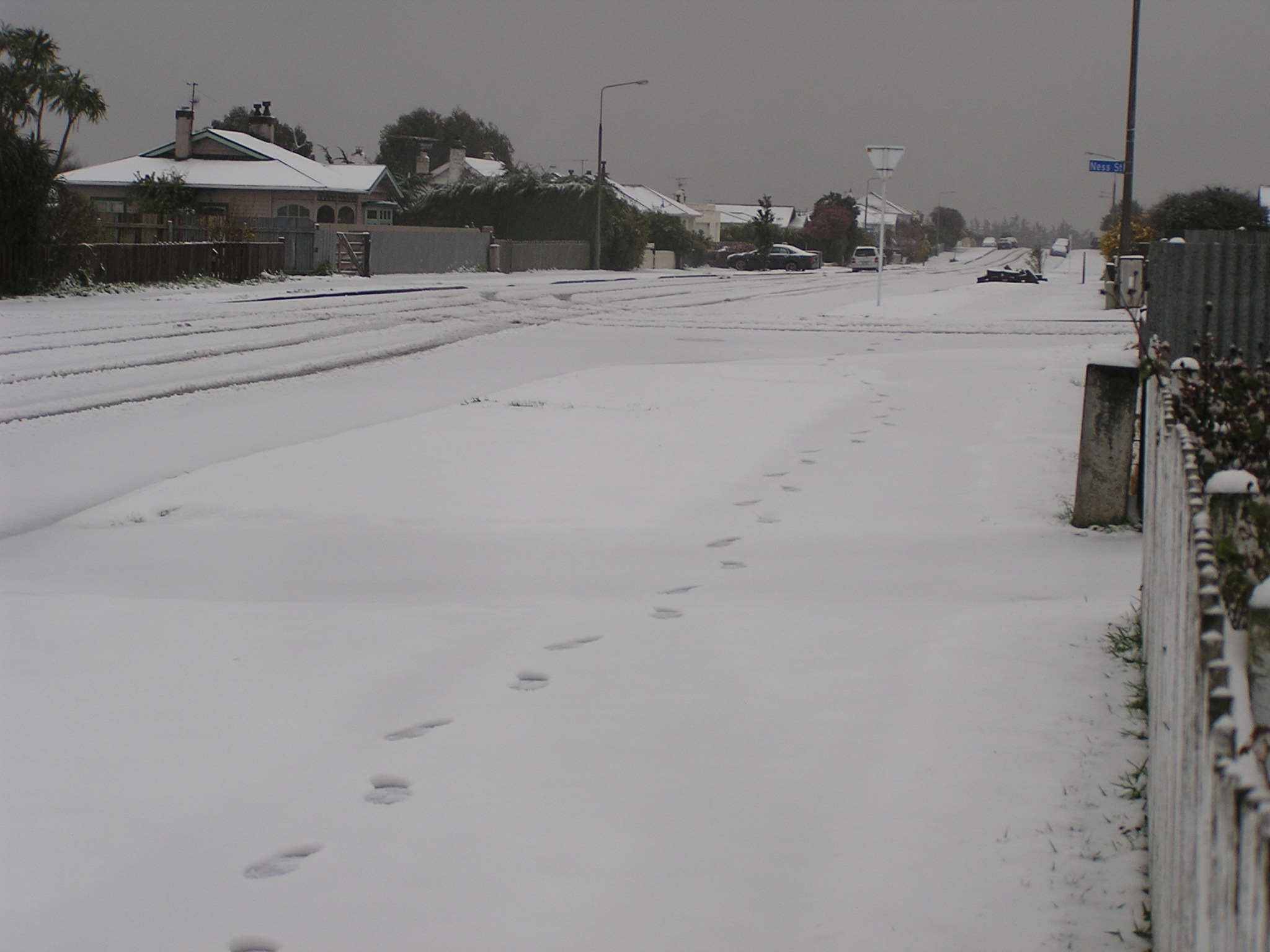 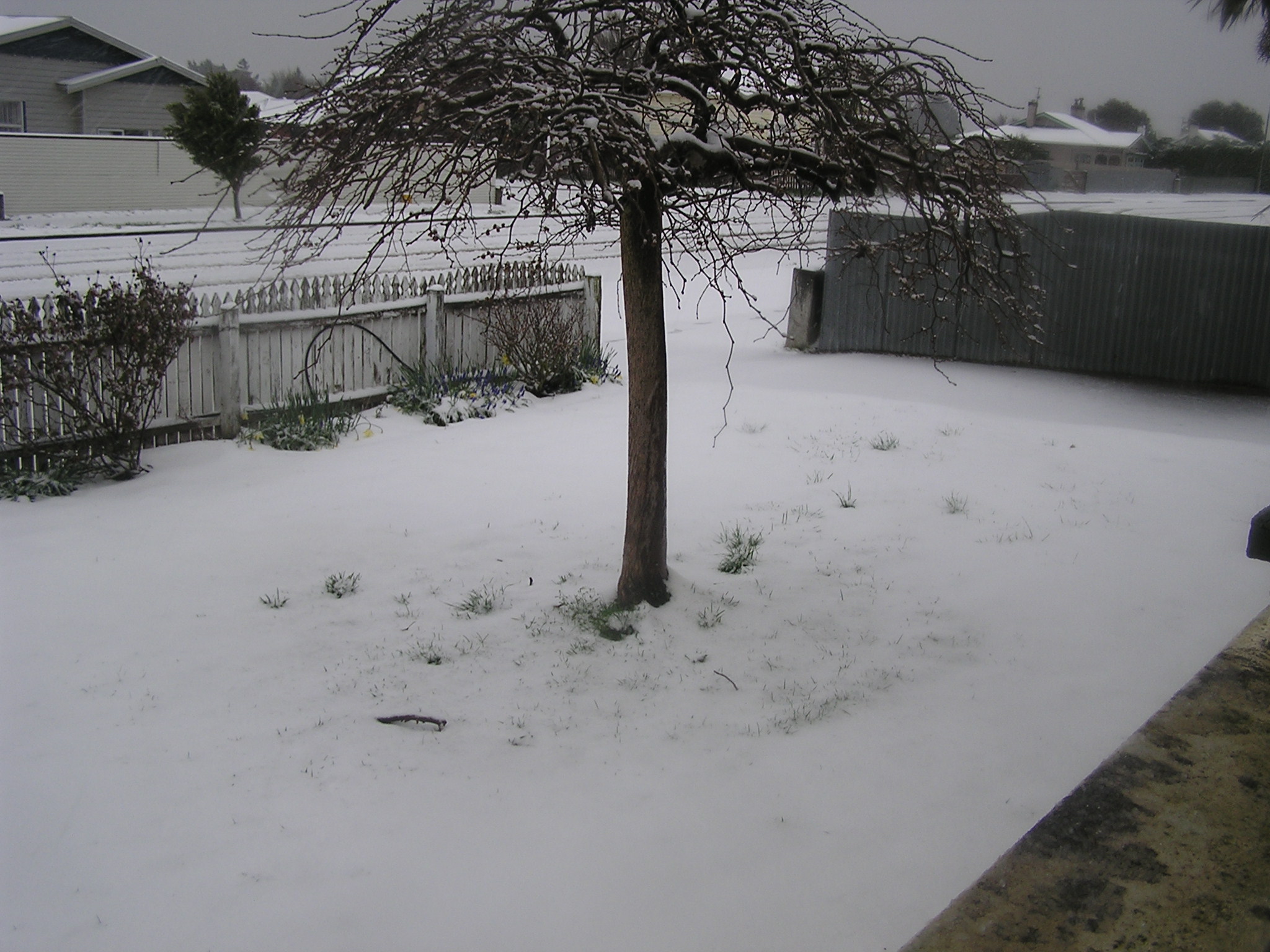 See other storm photos from the past two days here