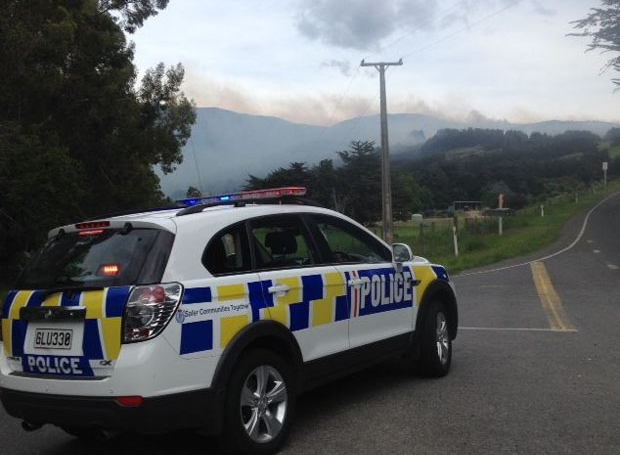 Several properties have been evacuated as emergency services fight a massive vegetation fire near Outram, about 30km from Dunedin.

Police said the fire was burning strongly along the ridge of the Maungatua hill range and was being fanned by strong wind gusts.

Three helicopters and multiple fire appliances are fighting the fire, which is believed to cover about 60ha.

Several properties on McKendry Rd about 3km from Outram had been evacuated.

Police and fire asked that members of the public stayed away from the area and did not park on SH87 near the fire operations.

Evacuees have been advised to go to the Outram Presbyterian Church Hall on Holyhead St.

Three properties had been fully evacuated by 10am.