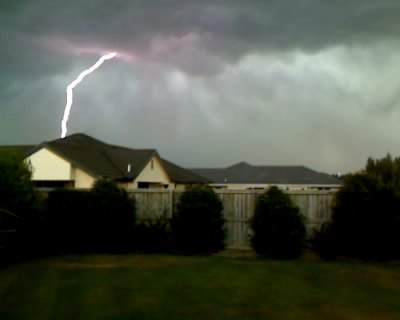 A band of heavy rain with east to southeast gales is expected to move down over the upper North Island today, and then into Gisborne and the ranges of northern Hawkes Bay on Friday says MetService.

Heavy rainfall warnings are now in effect for Northland, the Ranges of Gisborne and Hawkes Bay north of Napier.

MetService will maintain a watch for north Auckland, the Coromandel Peninsula and Bay of Plenty, and urge the public to keep up to date with the latest weather forecasts in case further warnings are required.

South to southeast gales are likely in many parts of the North Island, overnight tonight and Friday morning. There is a risk that gales may briefly become severe about the Coromandel coast and around East Cape Friday morning, says MetService forecaster Paul Mallinson .

HEAVY RAIN WARNING NORTHLAND: Rain and strengthening easterlies over the far north will spread further south over Northland this afternoon with strong to gale easterly winds. Rain should start to ease on Thursday night, winds turn southwesterly and rise to gale for a time in exposed places over northern areas. 70-90mm of rain is expected with the bulk of it falling in the 12 hours from about noon Thursday. Rainfall rates will probably peak at 15 to 20mm per hour near the eastern hills in a few thunderstorms on Thursday evening

HEAVY RAIN WARNING THE RANGES OF GISBORNE : Rain is expected to develop in Gisborne this evening and become heavy in the ranges from midnight in strong easterly winds. In the 24 hours from midnight Thursday to midnight Friday, expect 100 to 130mm in the ranges and 50-80mm lower down near the coast. The heaviest falls are expected before midday Friday with peak rates of 15-20mm/hr.
Issued: 9:10 am 20 May 2010 NZST

HEAVY RAIN WARNING THE RANGES OF HAWKES BAY NORTH OF NAPIER : Rain is expected to develop in the ranges early Friday morning and become heavy before daybreak. In the 24 hours from 3am Friday to 3am Saturday,expect 80-100mm in the ranges and 40-60mm lower down and about the coast. Peak rates up to 15mm/hr are possible in the ranges.
Issued: 9:10 am 20 May 2010 NZST

Hi
we have gone from drought to floods!
We have had 80mm of rain in total now , and its still raining at 10mm per hour
on the West Coast of the Auckland area in a onshore shoutherly flow

It can stop raining now, although this will be good for refilling up the ground water tables
Brian

When is there some interesting weather for Canterbury?

From what I can tell, nothing on the way for at least another week or so…sorry!!