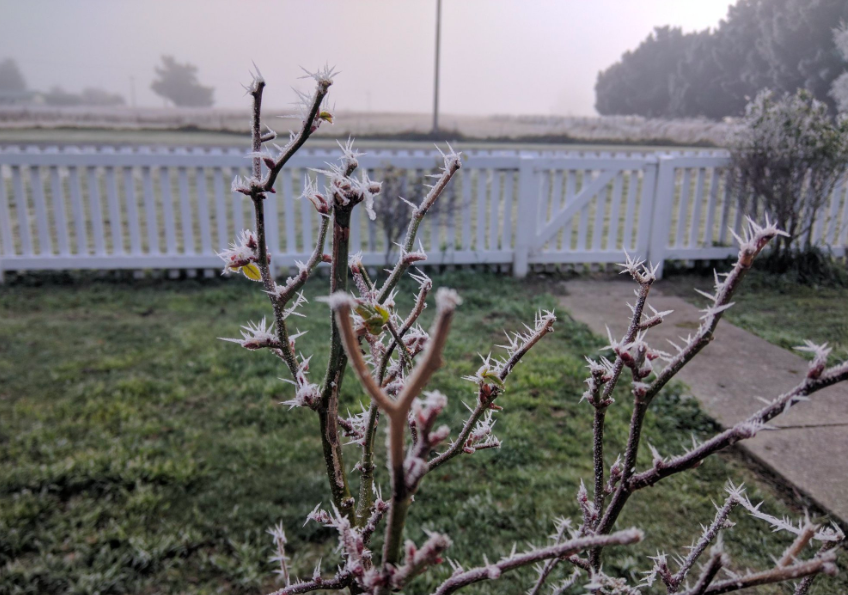 A cold clear night with sub zero temperatures leads to frosts, add some fog to the mix and you end up with a hoar frost. The small particles of moisture freeze to surfaces like trees, fences and powerlines.

There are few places in New Zealand that get hoar frosts but the most common areas are Otago and Southland. Some inland parts of the North Island can get them too on especially cold set ups.

More frosts and fog and potential hoar frosts are possible on Friday morning too – but the sub-tropical nor’east air flow kicks in later on Friday and should wipe out the chances of weekend frosts in most areas as clouds and wind pick up too.

When the roses get extra spikey, and the sun is denied access… @WeatherWatchNZ pic.twitter.com/J7bWZRZlDi