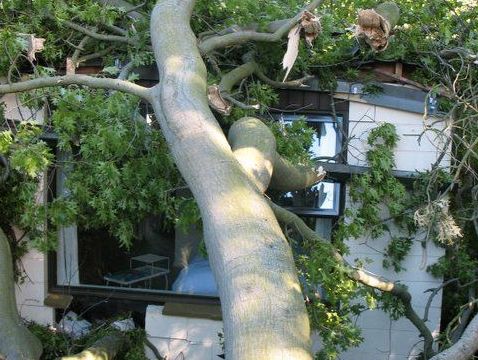 Strong, gusty, north west winds have today blown a large tree onto a house in the suburb of Merivale, just north of Christchurh’s CBD, despite the Christchurch City Council allegedly saying the tree was safe just months ago.

WeatherWatch.co.nz says the north west winds have been especially gusty today, with gusts this past hour over 85km/h in the city.

Tennant Andy Burson says he was called home by the landlord after a neighbour reported a branch had fallen on to the roof.  “Sarah and I were both at work when I got the call, but when I turned up at  home I found it wasn’t just a branch, it was half of the huge oak tree next door”.

He described the scene as “weird to see”, with their back yard entirely covered by the fallen tree and branches pressed hard up against the windows.

“The neighbour wanted to cut it down but the council wouldn’t let him.  They [Christchurch City Council] inspected it a few months ago and said it was safe”.

Mr Burson, who coincidently built and maintains the WeatherWatch.co.nz website, says a branch came thought the roof directly above their bed and through the wall.

He says the tree damaged outdoor furniture, garden pots and a new BBQ.

Winds remain near gale force across parts of Canterbury this evening but WeatherWatch.co.nz forecasters are surprised that the gusts were strong enough to cause such damage to the mature tree. 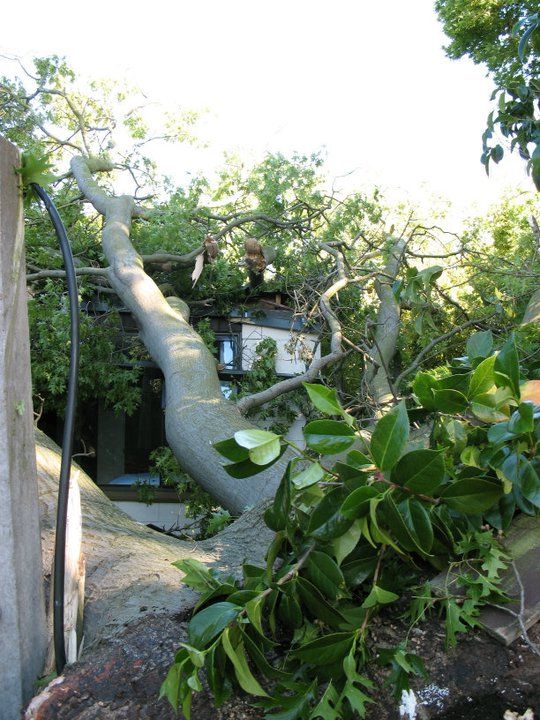 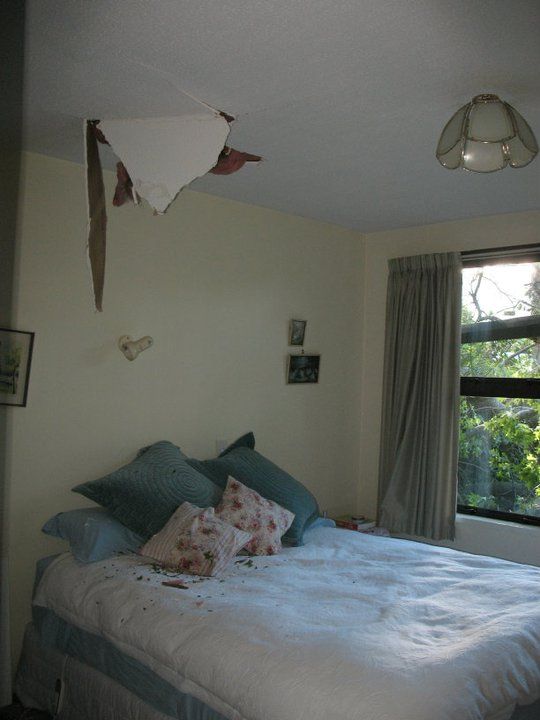 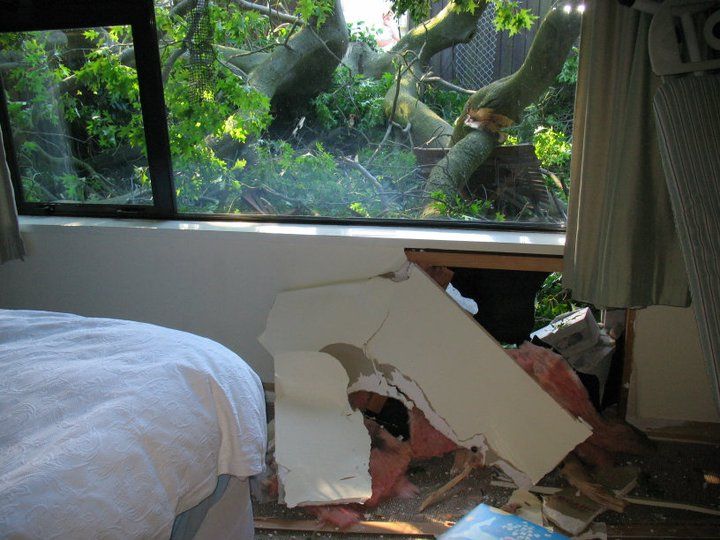 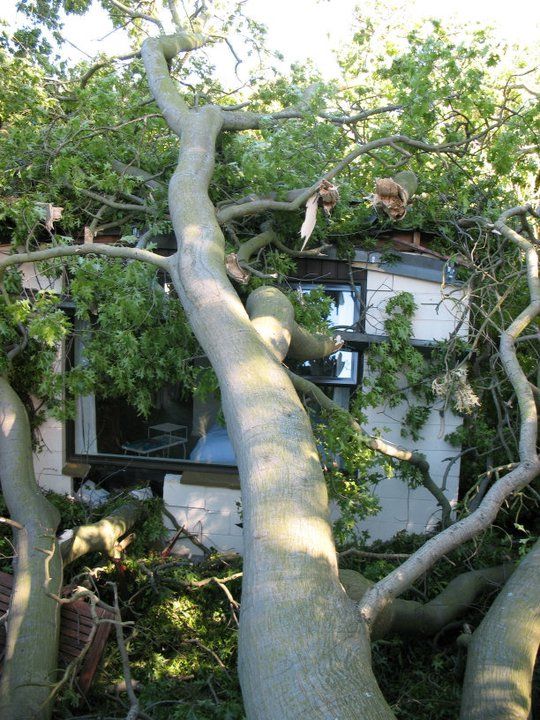 BELOW:  Before – and After 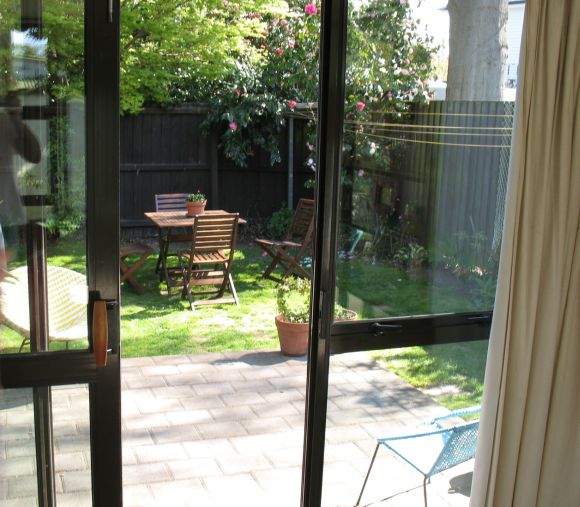 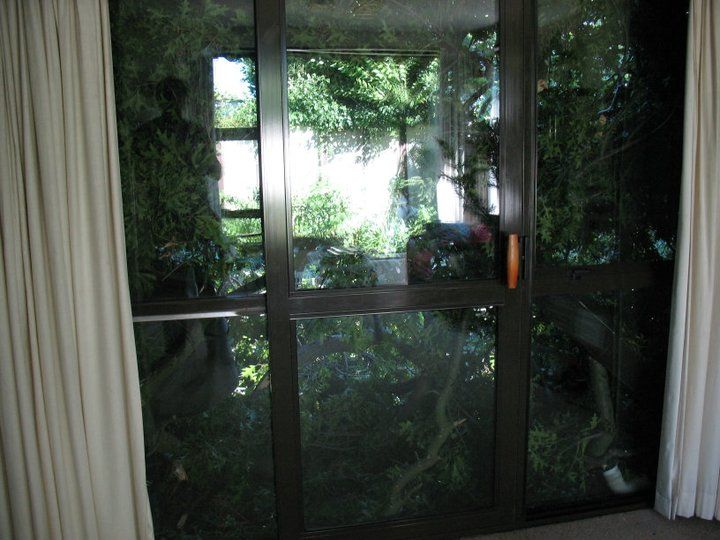 Just want to pass my thoughts to the home owner who has had this happen. I’m thinking of them at the moment. how truly awful to have this happen two days before Christmas.

Poor Canterbury people!
Lucky there wasn’t any one killed! Hopefully Canterbury Council will take some responsibility.