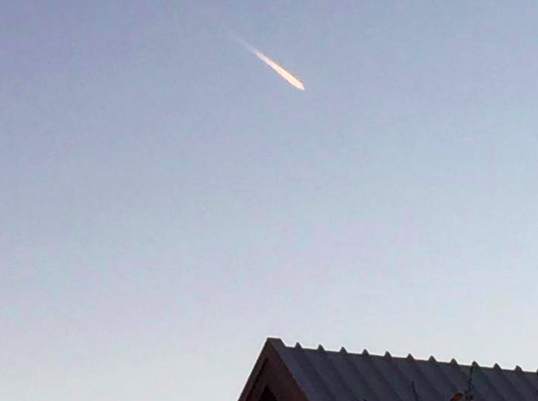 At least half of New Zealand’s mainstream media outlets – both public and private – promoted dramatic public reaction rather than fact after a normal scheduled flight passed over Wellington on Thursday evening.

Shortly after 5pm a commercial passenger jet from South America to Australia flew over Wellington at high altitude and left behind a small vapour trail, something utterly standard across Europe and North America and many other parts of the world.

The jet flew over around sunset so the setting sun lit up the vapours as a bright orange/gold streak across Wellington. This occurs in New Zealand’s skies from time to time, from Southland to Northland.

Many photographers snapped clear close up pics of the jet’s vapour trails.

Other high powered lenses captured more detailed close up images of the jet.

But many news outlets went overboard in reporting the knee jerk social media reaction rather than leading with facts  – including New Zealand’s Government owned news outlet One News which ran with the headline “Visitors from Mars?”. This just 24 hours after an online headline said Wellington gales had “wreaked havoc” cutting power to just 2000 customers and toppling 4 shipping containers – an incredibly dramatic headline when the word “havoc” means “widespread damage”, like the Wahine Disaster for example.

The story and headline were later removed by One News after heavy social media backlash towards them.

The Stuff.co.nz website, reported it as a “ball of fire seen in the capital” as did NZME’s NZ Herald and Newstalk ZB. Late Thursday evening Stuff.co.nz removed it from their homepage but it remained lead story on the Dominion Post website and on the ZB and Herald homepages.

Neither Radio Live or Radio New Zealand had it on their websites in the evening and 3News.co.nz never ran the story, despite their competitors leading with it.

Many on social media complained about the tabloid style approach to the story across many outlets.

“When you see something weird in the sky it’s definitely understandable to be excited and curious, but when people are telling WeatherWatch ‘hey my 8 year old could tell that was a plane’ I think the news media should at least start with a call to MetService or WeatherWatch before publishing ‘fireball’ or ‘something from Mars'” says Philip Duncan.

Dan News reported the plane was a Qantas flight “QF28 from Santiago to Sydney at 38,000 feet”.

MetService was also very quick to dismiss the dramatic headlines, responding on Twitter “Think it might be an aircraft contrail lit up by the setting sun”.

Many overseas viewers of WeatherWatch.co.nz contacted us saying things like ‘at any given time of the day we have several of these overhead’.

Perhaps a sign that long haul air travel between Australia and South America is picking up. 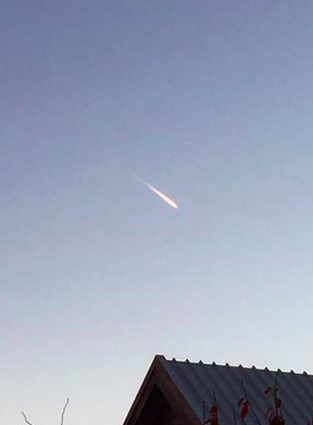 Good on you Weather Watch. The msm reaction was embarrassing – seriously, are their studios filled with hyperactive adolescents or what? Keep on it guys, always informative and always measured – everyone else should take note.

Because the news media are given special privilages under the NZ law and it’s important to keep them accountable. Facts, or at least fact based opinion, shoud be preferred in news over reporting the most sensational generic comments on Twitter as a serious national headline.