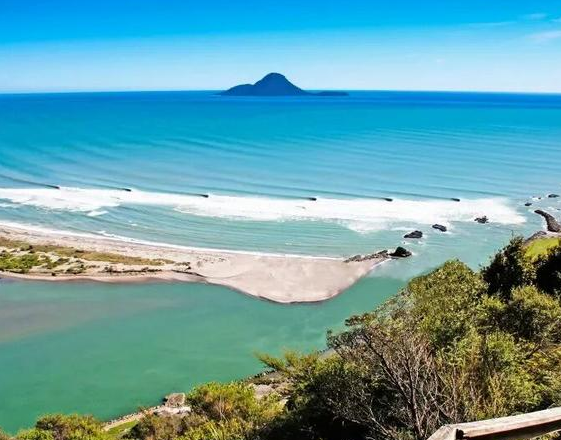 A long, warm summer has seen the number of guests staying in New Zealand’s commercial accommodation continue to increase.

The extra day for the leap year and warm weather contributed to the increase in February, which had followed a record high in January, he said.

All 12 regions saw more guest nights for February and all four accommodation types had more guests.

For the year ended February, national guest nights had increased 5.2 per cent from a year earlier.

The tourism industry was making a large contribution to the New Zealand economy and it needed to respond to growth.

“We need to plan with how we can cope with growth in the long term,” Roberts said.

There needed to be more investment to maintain the level of growth expected and this included building hotels, he said.

“However, it is important this is done at the right time. We don’t want a cycle of boom and bust. We want supply to stay just ahead of demand.”

Holidaymakers flocked to the capital in record numbers this summer, which looks set to pave the way for more hotels.

The region hosted 960,000 commercial guest nights between November and February.

This was an increase of 8 per cent on the previous summer, which grew by 5.6 per cent compared to the same period a year ago.

The visitor economy’s strong performance was making an attractive case for further hotel development in the region, he said.

“Hotels in Wellington averaged more than 80 per cent occupancy during the summer period. These results, and more importantly, the solid longer-term trends, have seen investment in Wellington hotel development increasing, and we’re working to ensure our visitor demand continues to support new capacity in the sector.”

The results suggested New Zealanders were seeking more from summer than just beach resorts and demonstrated the impact of a successful major events programme, he said.

The single biggest driver of visitation to Wellington was the Royal Edinburgh Military Tattoo, which brought about 45,000 thousand people to the region.

“Add to that a series of big concerts, sporting events, Chinese New Year and Te Papa’s popular Dreamworks: The Exhibition and we had the foundation for a strong summer season.”

“With such variety throughout the region, and exceptional walkability for event attendees in the city, Wellington delivers on this promise, and we’re seeing positive numbers as a result.”

Most of the Hotel owners are based overseas, so profits vanish offshore!