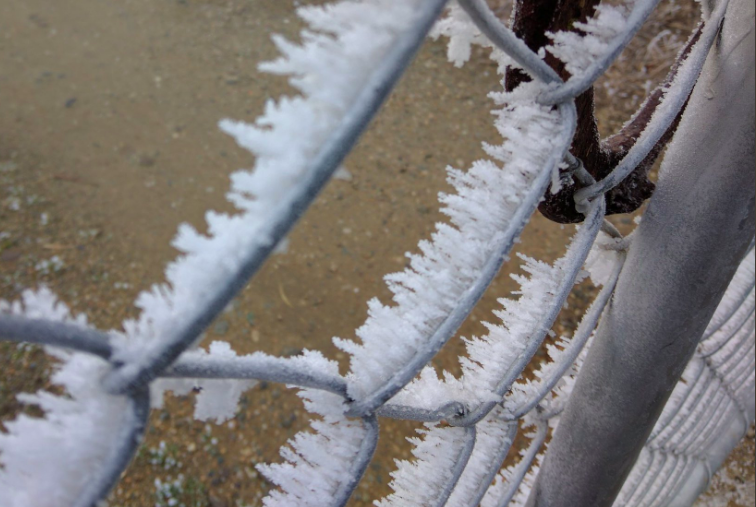 As WeatherWatch.co.nz said last week the current weather pattern is unusual in that it’s bringing several days of fog, frost and rain even at the same time within one region.

We saw that on Saturday in Otago and Southland with Freezing Rain falling (Freezing Rain is normal rain that falls on to sub-zero surfaces – like roads – and freezes instantly). Freezing rain in New Zealand occurs when temperatures drop overnight and form frosts, but then warmer air above moves in with rain, which falls to the ground and freezes immediately. It can turn roads into skating rinks instantly and is very dangerous.

In recent mornings temperatures have dropped into the minus double digits in the South Island while torrential downpours and thunderstorms caused travel chaos in Auckland. In fact Auckland Airport even suspended all flights at both Domestic and International terminals for a time, which is very rare.

There have also been hoar frosts (fog that forms below freezing, so the fog freezes to the surface of trees, fences, powerlines creating amazing thick snowy ice build ups). Southland and Otago have had a number of these in recent days – it’s brutal for people to work in too.

-8 in Middlemarch last night. And won’t be getting warm anytime today. @WeatherWatchNZ pic.twitter.com/Y1ZiH0ZpW7

Sunday is no different – again severe frosts are possible through inland parts of the South Island while the North Island deals with a large low pressure system.

WeatherWatch.co.nz says this pattern will continue on through much of next week too, due to a lot of low pressure continuing to track across New Zealand creating a variety of localised weather conditions.

A high pressure system is still looking possible for next weekend.

It’s bloody dangerous this morning. The whole place is like a skating rink. pic.twitter.com/65kOkN4GOF 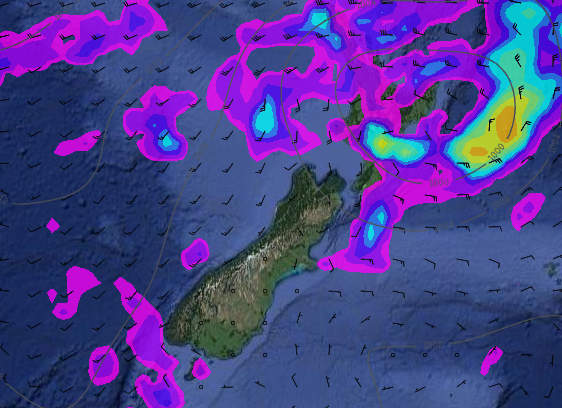 – Image, Noon Sunday shows calm and frosty in the South Island, wetter and warmer in the North Island.