Many Kiwis are loving today’s weather 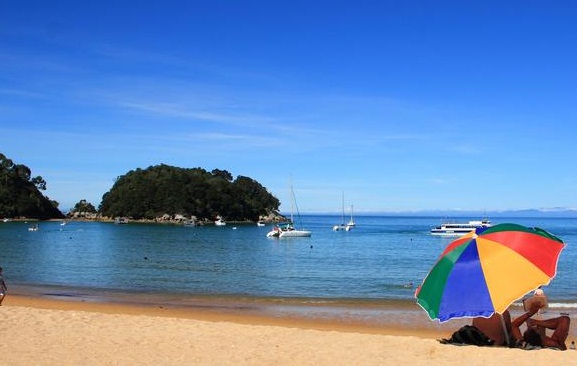 Mother Nature is not disappointing those looking for quiet weather.

Julzz Kuhn said the weather was hot and sunny for the Parachute Music Festival going on in Hamilton this weekend.  In nearby Te Awamutu, Tony O’Keeffe said it was fine with scattered clouds.  Andrea Hammond told us that it is cooler and windy in Rotorua.  She adds that it’s a nice temp for the annual A&P show.

In Auckland and Christchurch some decent wind is being reported.  Catherine Johnson says it’s a nice day in Christchurch but less wind would be nice.  In Whangarei, Gina Jones says it’s overcast and cloudy and the wind is “blowing a gale”.  She says it’s good for washing but she has to keep checking to make sure her wash is still on the line.

Temperatures at last report included 18 at Wellington, 20 at Christchurch, 21 at Hamilton and Tauranga, 22 at Auckland, 25 at Dunedin and 26 at Invercargill.

heya ww loving this weather at mo as that high next few days pushes wind swell into the east coast of both islands, and if you surf on the gold coast solid fetch of waves from our new zealand high over the next week yeowl>>>