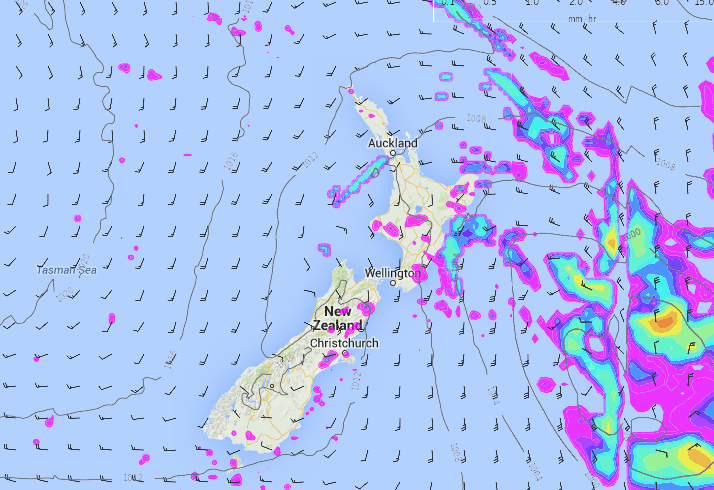 We have a large low pressure system sitting over the country tomorrow – but coming ahead of the low are warm northwesterly winds; and in to follow are cold southerlies, ready and waiting.

For the North Island, itâ€™s basically a wet day for most- with spells of rain or showers a times, and northwesterly winds.

The East Coast as you could imagine is mainly dry, though later in the evening rain pushes into the Wairarapa, then further north overnight with a southerly change.
In the evening, showers become heavy for the west of the North Island, with thunderstorms possible, and the same goes for the Bay Of Plenty too.
Heavy showers and any storms though will ease overnight.

For the South Island it’s looking brighter – sunny areas and some cloud in the east, with light winds, and a southerly change working its way northwards into Marlborough by evening.
This change will likely bring showers to most for a time.

Parts of Canterbury and Marlborough – especially inland – will likely see some rain late afternoon and evening, before easing overnight.

The West Coast of the South Island sees periods of cloud and a few sunny spells, with the odd shower about too – and light winds.
During the afternoon southerlies freshen, bringing mostly cloudy skies and the odd shower, with rain about theranges further inland then clearing overnight.