Fed Farmers: ‘Lambs should be fine’ after NI snow 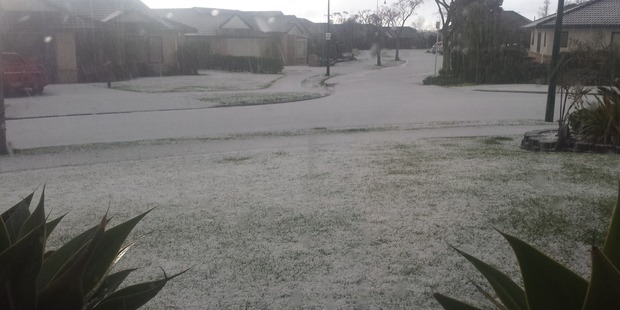 The winter blast has made its way north, but central North Island farmers believe their stock will be fine.

Federated Farmers Hawkes Bay President Will Foley said for most farmers the snow is falling right before the lambing season begins.

“There are flocks around lambing but at this stage I don’t think those areas will be hit very hard.”

Weather Watch head analyst Philip Duncan said the cold snap was meant to last for the start of the week – but today should be the coldest.

Dunedin and Queenstown got down to -3C overnight, he said.

“We’ve had this big southerly blast, it’s dredged up this very cold air which is now sitting over the country and we’ve got nationwide frosts this morning. The next couple of days are pretty cold and we’ll see some frosts but this morning is probably the frostier morning.”

By Thursday, Friday we’re back to northerlies…it’s going to be warmer by the end of the week, warmer and wet by Friday,” he said.

He said it was a “very unusual” set-up in Auckland this morning with frosts in the city but cloud and showers offshore.The cloud would roll in today, he said.

Gisborne, Wellington and Christchurch bore the brunt of the winter chill overnight.

It was a long and cold end to the day for hundreds of snow enthusiasts on Mount Ruapehu last night.

Contractors with chains helped 1500 cars get safely off the mountain before midnight.

However, the freezing weather’s been lapped up by South Island ski fields.

The weekend’s winter storm brought with it around 45-centimetres of snow to Mt Hutt.

Ski area manager James McKenzie says the conditions were the best they’ve been all season.

“We kept the mountain open an hour longer and people enjoyed great powder skiing pretty much across the mountain.”