Drought will cost more than $1b – MPI 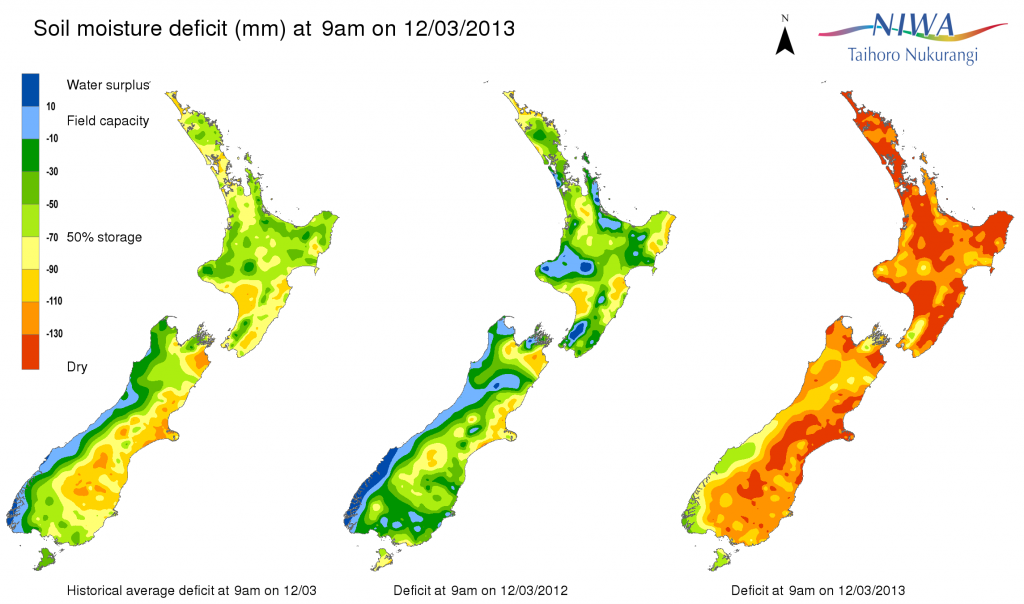 It will come as no surprise to learn that the nationwide drought which disrupted our productive sector so badly in the summer months is now over – but the MPI has only just lifted the declaration.

The Ministry says the 30th of September was always the planned date for re-assessing the situation, and the subsequent wet winter and early Spring has restored pastures in most areas to comfortable levels.

By late March this year, the entire North Island, along with the Buller and Grey districts on the West Coast of the South were officially drought zones.

The lifting of the declaration means some assistance funding will no longer be available, but an MPI spokesperson says the cost to the agricultural sector has already been paid.

Along with the announcement, calculations around the total cost to the country are coming out – with MPI figures providing a guide.

The total taxpayer contribution amounted to a little over 1.1 million dollars – that’s in relief and support payments, across nearly 150 separate claims.

The payments were largely given to help farmers and their families in coping with the drought, and Minister Nathan Guy says communities have bounced back strongly.

Total cost estimates are somewhat higher though, with the worst drought in 7 decades ultimately costing the country more than a billion dollars in lost revenue and production.

The MPI says the true cost will in fact be higher, as knock-on effects continue into seasons ahead.

It would be great if this link was posted for others to see a wee snippet of the other side of the Climate Change discussion.
Unfortunately these write ups are mostly hidden and ignored.

That article is from 2008. Look at the graph at the bottom of this article to see what’s happened since then http://scienceblogs.com/deltoid/2010/05/21/don-easterbrook-hides-the-incl/ But he’s correct that the earth should be cooling based on solar irradiance alone, but he has incorrectly rejected to role of CO2 in warming the earth. Unfortunately the power of wishful thinking is not enough to overcome the reality of a warming earth.