Home > News > Caution urged on northern roads after he... 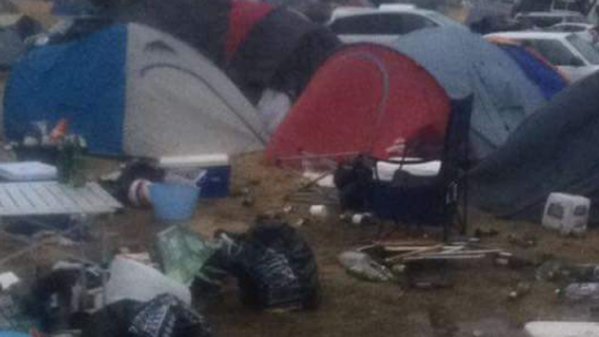 He said the storm hit about 3 o’clock, and some people started battening down the hatches, “but it’s all chaos here at the moment.”

“There are some people who arrived yesterday, their tents are just rubble on the floor.”

He said it was likely to cause campers to leave early, despite “a lot of people who wanted to be here to the third or fourth, that’s what we were planning. But now it’s home time.”

Civil Defence is concerned for holiday makers in the Upper North Island.

A severe weather watch is in place.

“If people are camping close to rivers or waterways they need to be really careful and just keep an eye on the situation.”

Morgan said locals know how to deal with such weather – but people who aren’t familiar with Northland’s weather need to keep informed of any developments.

She’s urging caution on the roads.