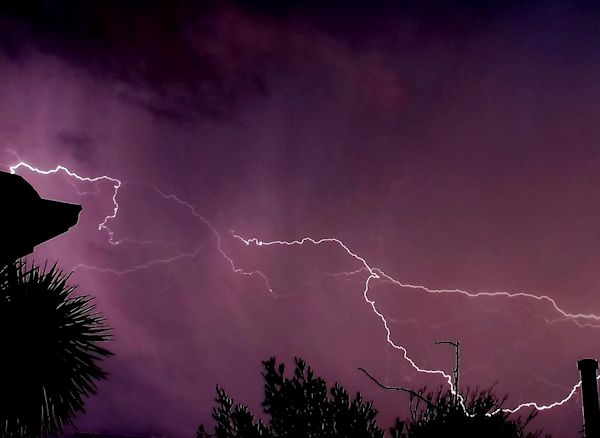 The low that used to be Tropical Cyclone Evan is making its second pass over the country today.  This time though, instead of moving east to west across the upper tip, it’s moving west to east across the central New Zealand.

It’s that track that is helping to set the stage for a few rounds of thunderstorms in the central part of the country today.

Forecasters say the greatest risk for seeing thunderstorms will be found about the areas seeing some of the hottest and muggiest conditions right now.  That means Hawke’s Bay, Wairarapa, Marlborough, Nelson and Buller will all have a pretty good chance at seeing thunderstorms today.

This doesn’t mean that thunderstorms are a sure bet in these areas.

WeatherWatch.co.nz Forecaster Howard Joseph says that because it is so hot in some places, it could actually prevent thunderstorm development.

Mr Joseph calls it a “capping inversion”.  He says it’s situation that develops in the upper atmosphere when the air temperature actually starts to get warmer as you go higher, rather than getting cooler.

He says “This effectively puts a “lid” on the atmosphere and doesn’t allow for any further vertical development.  It’s this upwards building of the clouds that is key to thunderstorm development.”

But Mr Joseph adds “With the support of the incoming low, I think it’s more likely that thunderstorms will develop and the development of a capping inversion won’t be much of an issue.”

Thunderstorms are also possible about Taranaki, Waikato, and the West Coast.