Home > News > An early spring wipes out the usual cold... 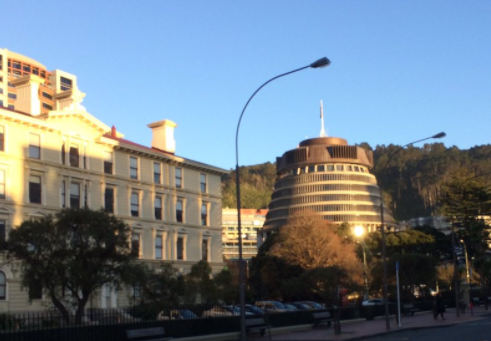 July to the first half of August is typically the coldest time of the year in New Zealand but this year early August is proving to be warmer than normal with a large system creating mild airflows and a real sense of an early start to spring.

Our latest week-long-poll kicked off on Sunday asking have you noticed pollen lately in the air or on outside surfaces and while only a day old already the results show 77% say “Yes” pollen has been noticeable with comments fast coming in:

“Definitely Pollen around as our car has been getting covered these past couple of weeks. Rather annoying as car is black but hey ho just have to wait it out and wash car more often” wrote Dereck.

Steve from Southland’s South Coast wrote “No pollen yet, but the daffodils in my garden are just about to flower”.

The warmer than usual weather is being caused by the placement of a very large low pressure system in the Tasman Sea and a high to our north east, both feeding in both sub-tropical and Australian airflows to New Zealand.

Look at the forecast for the rest of this week in Hawke’s Bay (forecast location: Hastings). 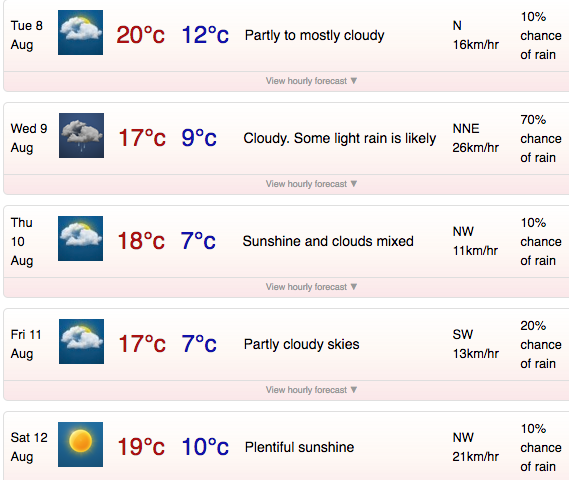 These forecasts (above) show temperatures non-typical for so many days at the coldest part of the year. Long range data suggests more westerlies may mean a lack of frosts for the next week or two in a number of areas.

However a warm spell in August doesn’t mean we’re finished with the cold. While it’s clearly warmer than average in New Zealand right now – and signs spring is already coming to life – the coldest point of the year is now in Antarctica and all it takes is a for a reversal of the current air pressure set up and we could be facing a significant wintry blast. But it’s worth noting that is not currently in the forecast – for now, it’s a mostly mild week ahead for most if not all of New Zealand.

Positively mild in the Capital this morning- this is what Welly winters are more like! @WeatherWatchNZ pic.twitter.com/41IsiRcsSb

No frost in Central Otago this morning. Temperatures ranged from 2-5c. A bit of rain though with 5mm at #Gibbston and 1.8mm at #Pisa. #Otago

In my experience August always has a habit of throwing a week or two of Spring type weather our way just as a teaser I think, only for it to return an uppercut with Winter weather to remind us what time of year it actually is.