A snowy weekend – Your Weather Highlights for the next 3 days 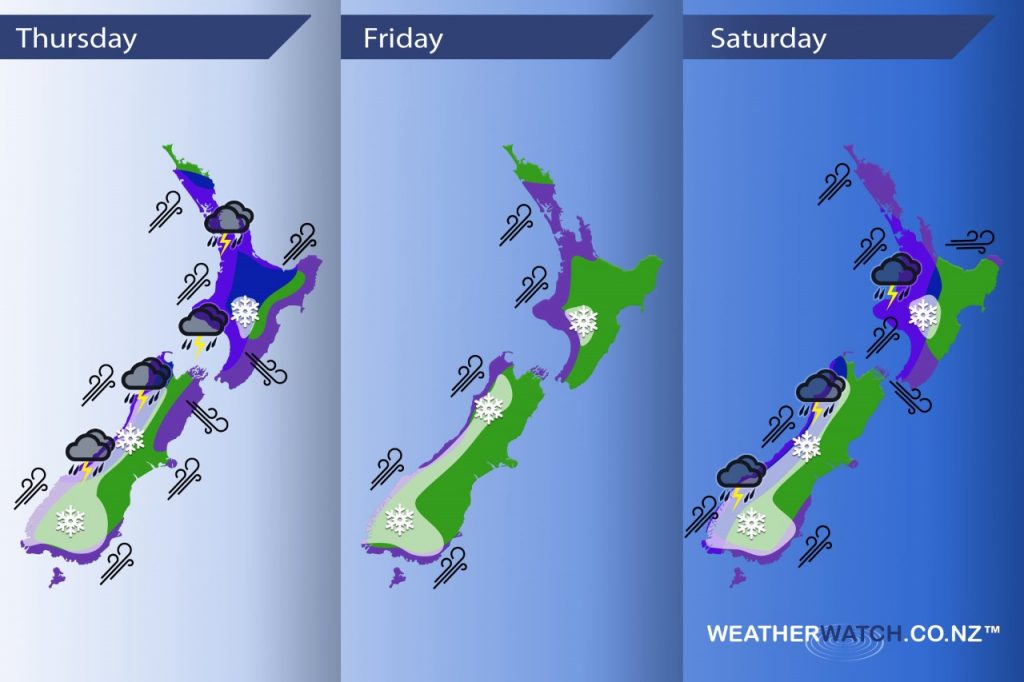 Here comes the really wintry stuff over the weekend – with heavy rain, gale force winds and some relatively heavy snowfall all in the outlook over the next three days.

We’ve defied winter long enough, and while this is what we’d usually expect around this time of year, the rest of 2016 makes this look unusual!

On Thursday we are expecting a lot of wind. It mainly builds from afternoon then becomes strong overnight for many, with gale gusts likely for most coastal regions. Winds are generally from the westerly quarter.

We see strong northwesterly winds for the upper South Island in the east during the morning, and also about Cook Strait.
Then overnight strong southwesterly winds develop over much of the country.

Snow flurries overnight to 300m about the mountains of Fiordland, Southland & Otago – lowering to 500m about the Southern Alps, more so the western side overnight.
Also some snow lowering overnight to 700m about the Central Plateau.
While most of this snow isn’t overly heavy, it is low enough to potentially cause issues about alpine passes and the like.

Strong west to southwesterly winds ease in the evening and overnight on Friday, with winds gusting to gale about many regions on the coast.

A few snow flurries continue during the day about the Central Plateau down to 700m (perhaps 600m at a push).

Snow flurries also about Southland / Otago to 300m – not heavy, but it’s cold.
Also snow flurries on the western side of the Southern Alps again, down to 400m this time.
Most of the South Island’s snow will ease up in the afternoon.

Snow flurries for Southland, Otago and the western side of the Southern Alps again from afternoon & evening – lowering to 400m, perhaps 300m about parts of Southland & Otago, then 200m about the far south overnight.
Snow for the Central Plateau overnight lowering to 500m.

Strong northwesterly winds through central parts of the country during the day, then overnight strong to gale southwesterly winds spread over many parts of New Zealand once again, with the western side of the North Island and the southeastern corner of the South Island seeing gale winds likely overnight, especially on the coast. 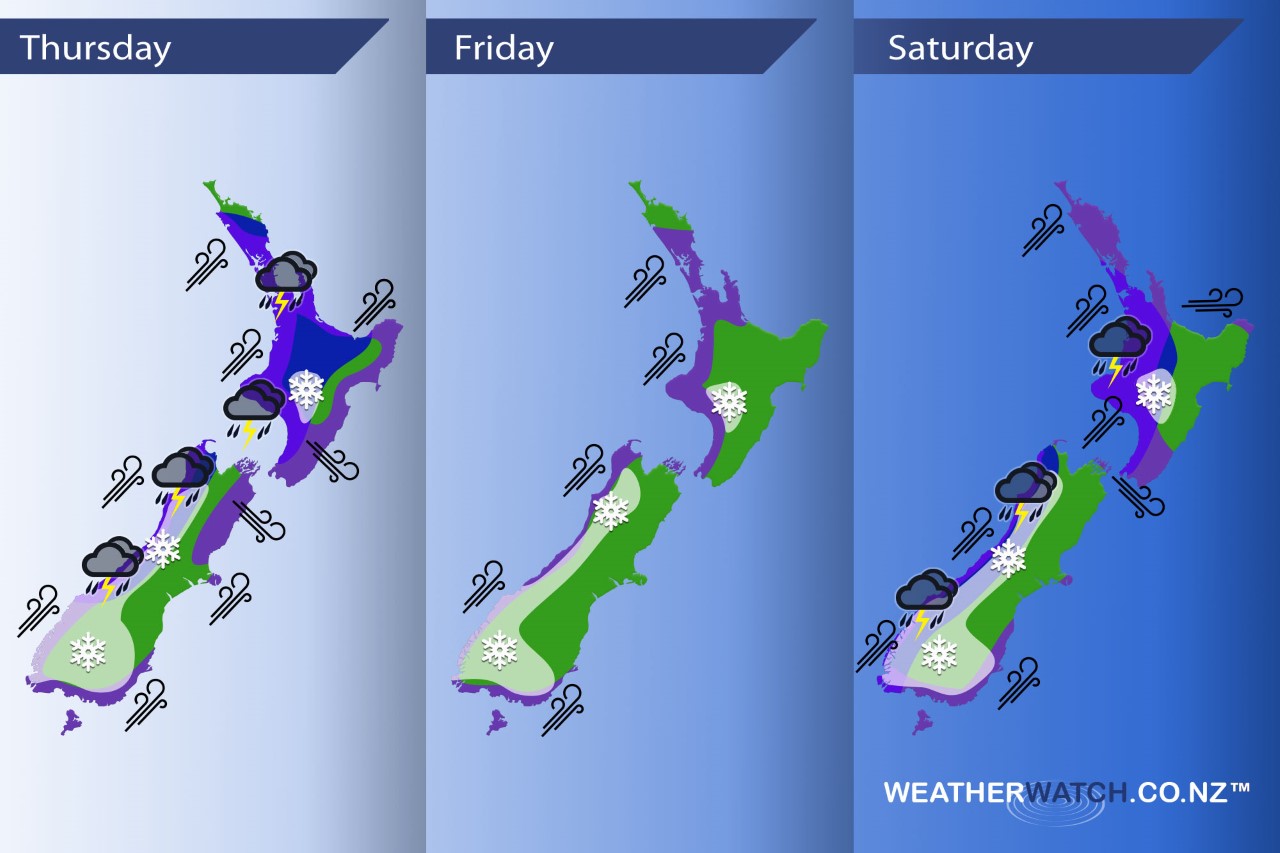