Home > News > A sleepless night in Auckland as squalls...

A sleepless night in Auckland as squalls move through, weather improves today 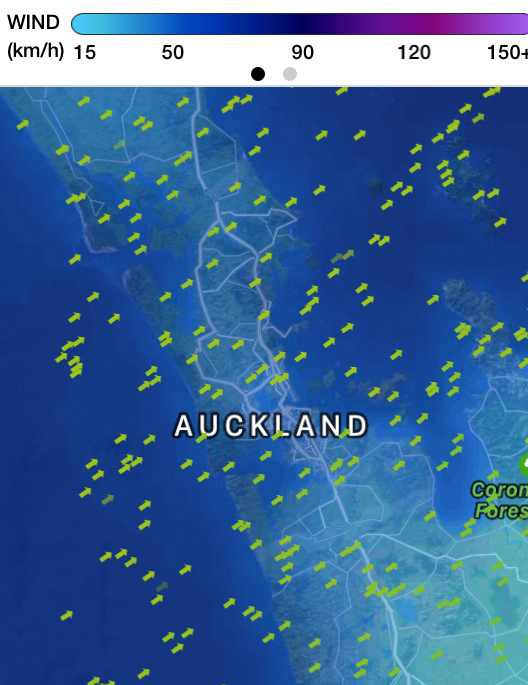 It was a rough night overnight in Auckland with squally showers passing through bringing gusty winds up to gale force at times, hail showers, isolated thunderstorms and heavy downpours.

The worst of the weather peaked around 3am as the last burst of truly squally showers moved through with a few thunderstorms.

Winds were generally below gale force for much of Auckland (let alone severe gale) but gusts to 120km/h were recorded on the Manukau Heads west of Auckland Airport and at Cape Reinga a gust of 135km/h was recorded.

Generally speaking Sunday PM and early Monday AM was very blustery in our largest city – but conditions are easing back today, gradually.

“The worst of the winds has peaked” says WeatherWatch.co.nz head forecaster Philip Duncan. “Some areas will be blustery all day, but across Monday the winds will slowly ease in Auckland and other northern regions”.

Mr Duncan says the worst of the showers has also passed. “We’re seeing a final burst of showers this morning, most aren’t anywhere near as intense as overnight and across Monday they will become few and far between”.

Tuesday sees high pressure returning to Auckland and other parts of New Zealand.