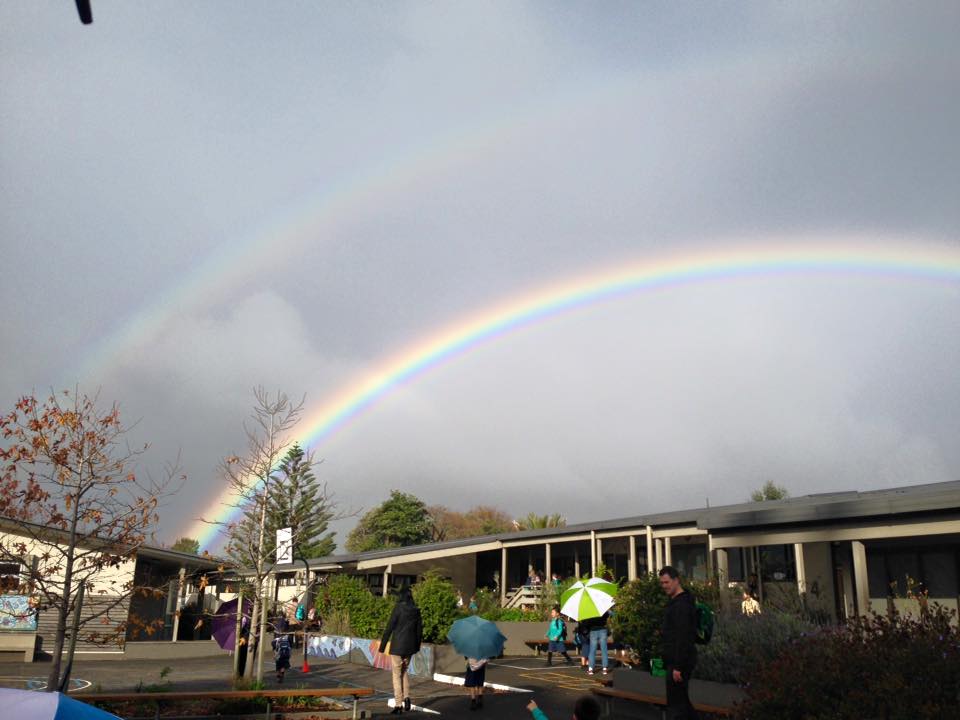 The first full weekend of winter is over – and it was a stunner in some parts of the country – calm, clear and (relatively) warm at times!

There was also fog, rainbows and a few gusts here and there – so we thought we’d collate the best of your pics and posts to peruse at the start of a new week.

We love getting your photos – please keep sending them in to our Facebook and Twitter accounts – as well as our photo submission page here – and we’ll keep reposting them and showing off how savvy and well traveled our readers are!

@WeatherWatchNZ A little fog in Meadowbank this morning. Hopefully another nice day. pic.twitter.com/Q6AtL6KYFp

Flag on top of the Beehive has gone AWOL #WhyWellington on a beautiful day in Wellington @WeatherWatchNZ pic.twitter.com/qpbCtBRfXh

This came in from East Auckland resident Kimberly Cousins, who writes:

“Anyone else noticed there has been lots of amazing rainbows lately? This one was stunning and all the colours were so bright (seen Friday 3pm from Half Moon Bay, East Auckland).“

While our friend Zelda Wynn sent in yet another gorgeous cloud shot – this time from Ohakune, writing:

Once again, please keep these pictures coming – we love to receive and share them!